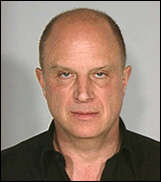 Albrecht had signed on with IMG in September 2007 to head up their global media operations but recent global financial tribulations appear to have put in a crimp into capitalization plans for IMG's media plans. According to a statement issued regarding Albrecht's departure, IMG had planned to raise substantial funds to underwrite their expansion "However, market conditions intervened to frustrate that goal."

The statement assured us that Albrecht's departure was convivial however and that Albrecht was "separating on an amicable basis, regretful that the association was unable to work."

IMG is an agency owned by Theodore J. Forstmann's private equity shop, Forstmann Little. Albrecht joined the firm in September 2007 after being oustered from HBO following a domestic violence arrest. During his tenure at HBO, Albrecht was a key component in the development of some of the premium channel's most successful projects such as "The Sopranos" and "Sex And The City." Albrecht said he intends to resume at Foresee Entertainment, a content development and distribution shop he founded before signing with IMG. – CelebrityAccess Staff Writers