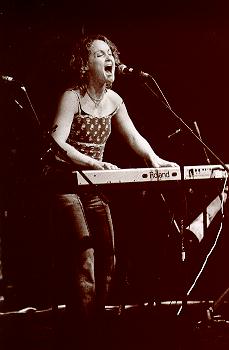 “I'm so grateful to have this opportunity,” Heaton says. “I'm on the road all the time, but I'll be able to play in front of more people in eight nights than I normally do in six months. And I'm very excited to see Jewel, one of the most magnetic performers and versatile singers, do her show every night.”

Jewel founded the website www.soulcitycafe.com to support the development of independent artists and humanitarian projects. The contest began in January when singer-songwriters and bands from around the country were invited to send in their music to be reviewed by industry professionals. After six levels of elimination, the finalists were narrowed down to two solo artists and two bands per geographic region. A week of online voting (where voters could hear online music clips) followed to determine the winner from each region. The finalists from each region (five solo artists and five bands total) flew to San Juan Capistrano to play a show with Jewel at the Coach House and compete for the final opening slots. All of the performances were videotaped and posted online for another week-long round of voting by Jewel fans and fans of independent artists. Heaton won the solo artist category while The Susan Greenbaum Band was selected in the band category.