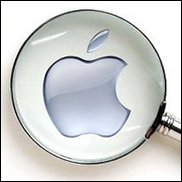 (Hypebot) – Amidst a host of other suspicious activity on the part of Spotify and Google, the Federal Trade Commission is instead investigating Apple regarding their 30% commission on "digital consumables" sold through their app store.


As reported in The Verge, that ever-reliable source for Spotify press releases, the Federal Trade Commission is apparently continuing its investigation of Google….no wait…Apple. Sorry, that’s the European Commission that’s investigating Google. We’ll come back to that.


And what is the FTC investigating this time and at whose request? Spotify’s misleading and muddled advertising campaign trying to get Spotify users on iOS devices to drop their subscriptions through the Apple App Store and resubscribe directly through Spotify? So Spotify could use its dominant position in the global music subscription market to avoid paying App Store commission?


Maybe this, as reported by the highly credible tech journalist Kara Swisher in the widely-read Re/Code:


Omid Kordestani, who has just temporarily replaced Nikesh Arora as chief business officer of Google, is joining the board of Spotify, according to people with knowledge of the situation.


In addition, sources said, one of the search giant’s former execs, Shishir Mehrotra, will become a special adviser to CEO Daniel Ek and the company’s management.


The move is a fascinating one, especially since sources inside Google said that new YouTube head Susan Wojcicki has expressed interest in acquiring the popular online music service if it were for sale. It is not currently and there are no such discussions going on between the pair about such a transaction.

Two dominant players in the relevant market share a board member?


No, not that. Something else.


No, the FTC is apparently continuing to look into Apple’s long-standing 30% commission for “digital consumables” sold through the App Store. And The Verge confirms what I suspected at the outset–they are doing it at the behest of Spotify. I would suggest that when the FOIAs begin, it will become apparent that the FTC is also investigating at the behest of Google.


The Verge tells us:


Sources with direct knowledge of the matter tell The Verge that the FTC has already issued subpoenas to music streaming services as it gathers more information to determine whether Apple’s App Store rules are anticompetitive.


You know–if the FTC is asking for documents from other streaming services–another explanation is that the FTC is looking into anticompetitive activities by the streaming services. But let’s leave that for another post. Just remember that anything you write to these litigious dweebs may show up in a government file someday.


The timing is curious–it’s not like Apple just started charging 30% commission for maintaining the App Store, the network that supports it, credit card fulfillment, antifraud, etc. Apple’s been charging that fee from the inception of the App Store. Because Apple’s charges are sales based (often charged on Apps that are free to the public), Apple only makes money when the developer makes money. Apple could have chosen to follow a Tunecore-type model where all the distribution risk is pushed onto artists (or developers in Apple’s case) in the form of a flat fee, but Apple didn’t do that. Like a music publisher or record company, they only make money if there are sales and they eat their other costs if there are none (called “distribution risk”).


If Apple had started charging a commission–or what the Spotify press release…sorry, Verge’s reporting…calls a “tax”–when it launched the Apple Music product in competition with Spotify, that would be one thing. Or if Apple had started charging commission to just Spotify users, that would have been yet another thing. But Apple didn’t do any of that. The Spotifys of this world come and go (see Myspace) but Apple marches on.


But the Google angle here cannot be overlooked. As The Verge’s repost of the Spotify press release tells us…sorry, the Verge’s reporting tells us about the Apple “tax” as profit-haters at The Verge call it:


Apple’s App Store rules force companies that sell digital goods to use its in-app purchase API, commonly referred to as iAP, for any and all purchases in iOS apps. This stipulation has become a key point of interest in the FTC’s investigation, according to sources.Google, for instance, requires that apps selling digital goods use its in-app purchase system, but does offer exceptions in certain situations — like for digital content that can be used outside of the app — while Apple offers no such leniency.


Ah yes, those good guys at Google. You don’t suppose that Google might want to highlight this competitive advantage against Apple in fora like the FTC and the European Commission do you? And let’s not forget the influence that Google has over the FTC–that declined to investigate Google for the same kind of antitrust violations that the European Commission is vigorously pursuing.


Recall the breathless CYA that ensued when the Wall Street Journal reported on Google’s political influence at the FTC that resulted in a decision not to prosecute Google. Faster than you can say “Jamie Gorelick”, Google’s lobbyists swung into action. If you were a sleaze bag bunch of crony capitalists that had captured every agency in Washington, what you’d need right about then was to push a button at the FTC and have them issue a useful public statement. And that’s exactly what Google did according to Buzzfeed’s reporting:


On the evening of March 23, Johanna Shelton, a senior lobbyist at Google, emailed an official at the Federal Trade Commission with a pointed request: release a public statement that would help the search giant deal with a negative story. Two days later, the agency did just that.


Shelton’s email was sent in the wake of [Brody Mullins’ reporting]. In response to the revelation, the FTC issued only terse statements calling the release of the document unfortunate.


But Shelton, in an email to Heather Hippsley, the FTC’s chief of staff, urged the FTC to say more, arguing that the agency’s own reputation was at stake.

Yeah, right. That’s a typically Googley move–it’s not that we care, oh, no. It’s for your own good. And what exactly is for your own good? Releasing the statement they want released or complying before Google calls the White House and ends your career at the FTC?

Google was “deeply troubled” and “puzzled” by the agency’s silence on the matter, Shelton said in the email, which emerged in response to a public records request and was obtained by BuzzFeed News. She said the inadvertently released document was being used by Google’s rivals to “sow confusion and undermine the FTC’s conclusions, especially in Europe.”


That would be the European Commission antitrust investigation which Google had been slow walking for four years and that had just blown up in their faces. (And is now going full bore against them.) This is important because the Wall Street Journal revealed that the professional staff at the FTC had been sharing information with their counterparts in Europe–you know, the ones that are now prosecuting Google. Get out your hazmat suit, because here comes the lawfare courtesy of Google PR team:

“We [i.e., Google] believe it is critical for the FTC to defend its reputation, showing that it followed a thorough process and fully took into account the Bureau of Competition staff memo, among other internal agency opinions including the Bureau of Economics,” Shelton said in the email. “A public statement standing by the FTC’s ability to make a final decision after assessing differing internal views would go far in the international space to restore the reputation of the FTC, especially on due process.”


Two days after the email was sent, and after the Wall Street Journal published another article about Google’s relationship with Washington, the FTC released a statement that provided the context Shelton had sought.


The email also included this paragraph:

We recall that in February 2013, when the process and result [of the FTC’s investigation into Google] were similarly called into question by our competitors [and anyone else capable of sequential thought] every Commissioner, including then-Commissioner Ramirez, wrote a clarifying letter to the editor of Politico standing by the staff and their work in this matter. We believe this unfortunate FOIA incident is similarly worthy of a public statement of the FTC standing by its decision.


Do you really think that Google (a Spotify board member according to Kara Swisher) couldn’t send a little email to the FTC telling them they needed to investigate Apple? Do you think that Apple doesn’t know this already?


Here’s another possible explanation–as David Lowery reported in The Trichordist, Spotify recently hired Jonathan Prince, a Washington lobbyist and revolving doorman with deep ties to the Obama and Clinton Administrations. Before the revolving door hit him, Prince was an advisor to Hillary Clinton at the State Department.


Prince’s long-time lobbying firm lists a number of clients such as the old familiar and ubiquitous Computer and Communications Industry Association, the governments of Mexico, the Congo, Nicaragua, Ecuador, Columbia and Nigeria, and not to forget the Rockefeller Foundation.


So whether Google or Prince got the FTC investigation started, they are both perfectly capable of turning Spotify into the crony capitalist it evidently yearns to be. Yes, little Daniel Ek wants to hang out in the tall weeds with the big dogs.


Not only is it a trumped up accusation against a long-standing Apple business practice that only became a problem when Apple started competing head to head with Spotify, I would argue that it’s a campaign that is at least in part manipulated by Google to make itself look good to regulatory authorities so that it can continue to steal our music and line its pockets.