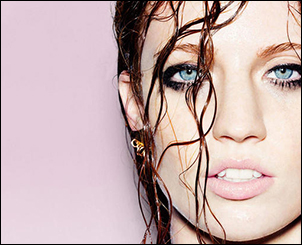 LONDON (CelebrityAccess) — Jess Glynne describes the day that she signed her record contract as ‘the happiest and saddest day of my life.’ Professionally, she had come of age, earning the respect of an industry she’d fought long and hard to win a place in. Here was the proof that her talent for singing, song-writing and performance were ready for their close-up. Personally, she was in pieces, broken-hearted from a two year relationship that made her question everyone and everything. ‘I was holding back the heartbreak,’ she says, ‘I was living my dream and a total nightmare at the same time. I cried all the way home. The one person you want to talk to about this, the call you want to make after you’ve left the label is that person, and I couldn’t. It was horrible.’


There is more than one musical way to skin the heartbreak cat. In the decade passed since Back to Black, the British pop narrative music has cultivated a side-line specialty in albums documenting the wrench of broken love. The break-up album is now its defining motif. When she began documenting her exact feelings in song for I Cry When I Laugh – a deliberate duality that speaks directly to her demeanor in person as in song – Jess Glynne decided to take an alternative, circuitous route to the searing piano ballads that are now our national pop default position. ‘I wanted this record to be about hope,’ she says.


Are we prepared for a twist on the maudlin, soulful sadness that has defined a decade? Are we ready for euphoric heartbreak? It’s a gamble Jess has delivered with crystalline precision for her debut, bounding through the tears, always keeping one eye on the plain fact that out of sorrow happiness can happen, that the two might perhaps be closer than we think. Yes, she worries that an upbeat record dealing with downbeat emotional landscapes will be taken less seriously. ‘You never know.’ But if it makes sense to Jess, and if she delivers it with enough powerhouse hooks, irresistible melodic structures and sings her life without cynicism, straight from the heart, how can it really fail?


‘I needed to believe in it,’ she says. ‘I needed the record to tell a story. I needed it to feel like me.’ By looking inwards she hopes to reach out. ‘This album is about a girl who was a happy-go-lucky person, a bit of trouble, got her heart-broken and found her way through that not by being sad but by seeing hope and not letting it overtake her. I’ve been through amazing things on that journey. I’m now sitting here with my album and it couldn’t feel better.’


Given her propulsive hit ratio so far, the initial suspicion is that I Cry When I Laugh could represent a sea-change at the upper tier of the international listening palate. ‘I listen to artists who are amazing at channeling their sadness,’ she explains. She mentions Jazmine Sullivan, Lauryn Hill, Emelie Sande. ‘There’s this complete heartbreak which is drawn so amazingly. I’ve had that emotion but I’m not wallowing in it. I didn’t have a chance to wallow. Life goes on, no matter what situation you’re in. You can always see the light at the end of the tunnel. It’s about seeing the good in something. It’s not a heartbreak album in the traditional sense. I wanted it to be about feeling good about yourself, about moving forward.’


The four songs at the heart of I Cry When I Laugh are divined from one rewarding, traumatic, consuming affair. Hold My Hand you will already know, a genuine sales and radio goliath, a connection hit that aimed straight for the collective brain and hit on-target. It feels as it speaks, an anthem to positivity and personal communion and was written with Jess’s most consistent collaborator and musical soul sister, Janeé "Jin Jin" Bennett. ‘We were both going through a rough time. Believe me. We hold each other’s hand, put our cheek’s on each other’s cheeks, sit on one another’s laps. I was having quite a lot of anxiety after having had such a mad year. That was what the song was about. Hold me and tell me everything’s going to be OK. Getting a hug and feeling like you can take on the world.’ The last song to be completed for the record, it is the spring in the set’s step.


It is the key to unlocking the other key tracks. ‘Don’t Be So Hard is about painting a smile on,’ Jess says. ‘They’re the best lyrics I’ve ever written. I really hope people get them. Gave Me Something is about always thinking you’ll be a certain kind of girl and then turning into something else. And then Take Me Home is about being able to revisit that sad moment.’ She allowed herself one ballad, after all. ‘It’s such a great song I couldn’t not put it on the record.’


When Jess was told that Hold My Hand had gone to number one, she broke down in tears. ‘Loads of them,’ she specifies. ‘I lost it. I was actually breaking down at the thought of people getting what I did.’ There’s a lot of laughing and crying in her world. The song’s reach is such that it is turning her from being the noticeable feature at the frontline of Britain’s urgent appetite for pop-house bangers into a proper homespun superstar. This transition represents a further, more personal triumph for Jess. ‘In my family, I was the concern,’ she says, ‘I was the worry. I was always that.’


Jess is now 26. She hated school this much: ‘It was a pile of poo, basically.’ She struggled to find her voice in the classroom and decided the easiest way to get heard was to shout the loudest. ‘I was the mouthy one.’ She left at 18 with one ‘A’ Level and a hunger to be heard. As cousins in her extended Jewish family went off to study to become Doctors and Lawyers, Jess took a job at a gym ‘and had the time of my life’, discovering her work ethic. She travelled and returned, taking a job at a music management company. ‘I was the bitch. I learnt loads. I worked with an artist who was a nightmare and it taught me everything not to be as an artist. I learnt about contracts, PR days, interviews, touring. If he needed anything, I was his go-to. It was my university for all this. I was in it and wanted to do it.’ For Jess, singing is not about stardom. ‘I’ve always said I don’t want to be famous. I don’t want to be in the public eye. I just wanted to be successful for singing. It’s a different thing. I’m not a starry person.’


Like many of her young peers, Jess outgrew her early diva favorites Mariah and Whitney on first hearing the voice of Amy Winehouse at a pivotal age. She loved Frank, but Back to Black came out when she was 16 years old, opening up a kaleidoscopic new world of musical possibilities. This wasn’t just about Amy’s peerless ability to harness truth through music. It was about the figurative and literal voice she gave to girls with talents like Jess, too, that didn’t want to strip off, get skinny and look the same to get heard. ‘When I saw Amy?’ she says. ‘Mate, I was like, OK, she’s from North London, she’s Jewish, she sings songs that I’d love to sing, she’s inspired by the people that I’m inspired by. It was almost weird how much we had in common. At one point she made me think I can never do this because I can never be as good as she is.’ Rather than torturing herself in the shadows of an inspirational figurehead, Jess made the decision to be as good as she could at being herself.


Writing pop hits is enviably easy for Jess Glynne, as she has already proven. ‘The three minute pop song is a structure I understand. It almost feels like second nature.’ It was when it came to scripting an album, a full body of work that would bear only her name that she knew she had to flesh out her ideas. ‘I do worry that people take music less seriously if it’s upbeat,’ she says. ‘But that’s why I am here. The reason the music seems to be finding an audience is because I found something different, which was always my intention. I found me. This is it. I couldn’t be prouder of it.’