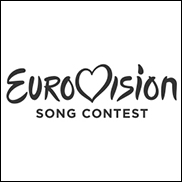 GENEVA, Switzerland (CelebrityAccess) — The voting in the Eurovision Song Contest is set to be radically transformed in 2016, with an eye towards making the staid international singing competition more exciting.

In previous years the results of the professional juries and viewers have been presented as a combined result, each accounting for 50 percent of the final score. Unfortunately, this can lead to situations such as 2013 when Emmelie de Forest was clearly the winner before the final countries had awarded their points.

To address that shortcoming, the Eurovision Song Contest Reference Group has unanimously approved a new method that will leave the contest's basic voting system intact, but will conceal the results until the end. This year spokespeople from each country will first present the jury points. After all the participating countries have presented the jury scores, the hosts will present the overall televote score.

“This new way of presenting the votes is a big step forward, both to make a better television show as well as a more exciting competition,” said the EBU’s Jon Ola Sand, Executive Supervisor of the Eurovision Song Contest. “There is more reason than ever to vote in the Eurovision Song Contest. The new voting format guarantees that the song which is most popular among the public will receive twelve points regardless of how the juries voted. It is fitting that this change to the Contest’s iconic scoring sequence will be debuted in Stockholm, where the famous douze points system was introduced in 1975.”

Martin Österdahl, Executive Producer for the 2016 Eurovision Song Contest explained, “In previous years the winner has been known for up to 20 minutes before the end of voting and that’s not good TV. This format change will inject a new level of excitement into the finish of the Eurovision Song Contest.” – Staff Writers