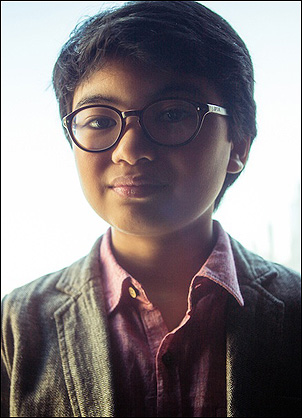 NEW YORK (CelebrityAccess) — Indonesian jazz prodigy Joey Alexander has just released his debut CD "My Favorite Things," an impressive feat for someone who is just 11 years old. Alexander arranged all of the standards on the CD which also includes an original composition “Ma Blues," written by Alexander.

Alexander marked the occasion of his CD release with a sold out performance at Dizzy’s Club Coca-Cola club in Manhattan, earning a standing ovation from the crowd. This wasn't his first experience with the limelight, having made his U.S. debut at a May 2014 gala at Jazz at Lincoln Center, where he performed a solo rendition of the jazz standard "Around Midnight."

While most young musical prodigies seem to possess more raw technique than nuance, Alexander exhibits a deft touch on the keys, lending an easiness and emotional complexity to the standards he plays.

"Technique is important, but for me first when I play it's from the heart and feeling the groove," Alexander told the Associated Press in a recent interview.

Born in Indonesia, Alexander started playing at an early age and came to the U.S. with the help of jazz greats such as JALC's artistic director Winton Marsalis, who now shares a manager with Alexander. Marsalis was sold on Alexander after hearing him in a YouTube clip, performing challenging pieces by artists such as Coltrane and Monk.

"There has never been anyone that you can think of who could play like that at his age," Marsalis, who now shares a manager with Alexander, told the Associated Press. "I loved everything about his playing – his rhythm, his confidence, his understanding of the music."

Alexander already has a number of future performances lined up, including a gig at the prestigious Newport Jazz Festival.

"The thing that differs from most young players is the maturity of his harmonic approach," the festival's director George Wein told the Associated Press. "His playing is very contemporary but he also has a sense of the history of the music." – Staff Writers