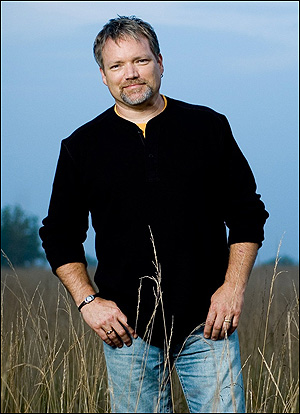 NASHVILLE, Tenn. (CelebrityAccess) – When John Berry and his wife, Robin, relocated to Nashville last summer, he knew it would spur creative energy. Now, less than a year later, Berry is looking forward to getting back into the studio for the follow-up to his 2011 record, RealMan.RealLife.RealGod.

“Robin and I were given the chance to move to Nashville last summer and it has been awesome! I have been renewed musically and taken advantage of every opportunity I could to submerse myself into the writing world,” Berry said. “I cannot recall spending this much time writing since I last wrote Standing On The Edge Of Goodbye in 1995. I have truly enjoyed this resurgence of creativity.”

Berry’s untitled project will be a two-disc set. The first disc will feature 10 brand new country songs that he says are “absolute John Berry.” The second disc in the set comprises five inspirational and Christmas songs.

To secure funding for his new album, the independent recording artist knew exactly where they would go. For his previous album, Berry relied on fans through the crowdsourcing site Kickstarter. He’s hoping to recapture that success for his upcoming album. For the upcoming project Berry is looking to raise $50,000 in 40 days.

"With our last Kickstarter campaign, we exceeded our goal and I believe we’ll do it again with this project,” Berry said. “Any monies raised above and beyond the $50,000 will be put towards some great marketing and promotion.”

Berry is excited to get back into the studio and get work. “I have been preparing for this new recording for two years. It's time to get started! Once the process begins, it will move quickly,” Berry said.