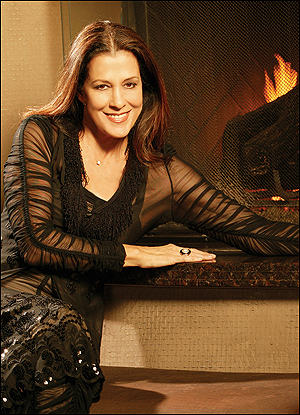 (CelebrityAccess) – ″…one of the most versatile singers of the rock generation…

″Rita closed out 2014 at the 15th Annual Native American Music Awards receiving the Native American Native Awards for Best Female Artist for "A Rita Coolidge Christmas” CD, she is in the final process of completing her book Delta Lady for Harper Collins slated for release in late 2015/early 2016, has begun working on a new record, and she will be the featured as the keynote speaker at Folk Alliance International Conference in Feb 2015. The keynote will also feature rock critic Dave Marsh conducting an interview with her. When asked what she looks forward to in 2015, she is excited to tour with her band and is enjoying compiling the new/old material for her next CD which will feature many special guests and some duets with people she has enjoyed working with in the past.

"Rita Coolidge’s impact is undiminished—her voice as pure, sweet and powerful as ever and her ability to get inside a song honed by experience and overview."

Rita's credentials are the stuff of legend. With a career that has spanned over 45 years— The "Delta Lady" celebrates 2015/2016 with new projects and a clear new direction. She has just completed writing her memoirs and her book Delta Lady will be published by Harper Collins. The autobiography will offer readers an intimate and fascinating journey into her personal story of survival as well as her professional emergence as an influential force amid the iconic music and musicians that built the foundation of the 60’s-70’s pop/rock universe in American culture.

Collaborating with best-selling Laurel Canyon author, Michael Walker, Delta Lady will trace Coolidge’s life from small town Tennessee, through the Memphis music scene of the late ‘60’s and finally to Los Angeles where she found fame as a singer/songwriter. Focusing on her relationships with some of the leading stars of the era—including Graham Nash, Stephen Stills, Leon Russell, her friendship with Joe Cocker and her high profile marriage to fellow superstar Kris Kristofferson, Delta Lady will be more than a well- tuned music business scrapbook/memoir of the faces and places Coolidge recalls on the well-documented career path that impacted her generation and beyond with her signature songs, definitive sound and ethereal beauty. The book promises to expose the deep spiritual and emotional roots of Coolidge’s life that provided the bedrock of her survival through and beyond the tumultuous time or change in the social landscape of America and its music.

Rita’s career began as a backup singer and it was Joe Cocker who enlisted her in that role and as a featured soloist on his Mad Dogs and Englishmen tour. (Rita performed a song she'd co-written, ″Superstar,″ which would later be a huge hit for The Carpenters.) Work with other rock royalty followed, including tours and recordings with Eric Clapton, Ray Charles, Leon Russell and Stephen Stills. In 1971, A&M Records moguls Herb Alpert and Jerry Moss signed her to the label, and one of the most enduring solo careers in all of music was underway.

Rita released more than a dozen albums in the years to follow, including 1978's multi-platinum Anytime… Anywhere. Several of her singles would become classics; ″We're All Alone,″ ″Higher And Higher″ and ″The Way You Do The Things You Do″ all qualify as ″career″ songs. She’s performed with high-profile pals like George Harrison, Roger Waters, Robbie Robertson and Jimmy Buffett. In 1973, Rita married singer, songwriter and actor Kris Kristofferson. During their eight-year union the pair teamed up for a number of hits and was twice named Country Duo of the Year. Her ″Love Came For Me″ appeared on the soundtrack of the movie Splash, ″All Time High″ was the theme for the James Bond thriller Octopussy and ″Heart Don't Fail Me Now″ (with Lee Greenwood) was used as a recurring theme for the CBS daytime drama As The World Turns. When the cable music channel VH1 debuted, she was also one of its original ″veejays.″

For Rita a two time Grammy Award® winning performer , 2015 looks to be starting out to a busy and a pivotal year for the iconic singer. She will be appearing at some wonderful summer festivals, getting ready to tour her new book, as well as returning to the studio to record new music. She will also continue presenting shows like her Coolidge Greatest Hits— the show includes 1978's multi-platinum ″Anytime…Anywhere″, as well as her classics; ″We're All Alone″, ″Higher And Higher, The Way You Do The Things You Do″ and ″All Time High″ the James Bond theme for the film Octopussy. Another show she will continue touring will be her Delta Lady show; Rita Coolidge was bestowed the name Delta Lady by Joe Cocker on the seminal Mad Dogs and Englishmen tour in the early 1970’s. Rita Coolidge ″Delta Lady″ show harkens back to her Memphis roots where the legendary singer began her career as a backing vocalist. ″Delta Lady Blues″ showcases Rita at her very best and takes the listener on a journey thru songs of her roots and the foundation of music that helped to shape and inspire generations of musicians and fans alike. Set features songs like ″Shoo Rah, Brickyard Blues (Play Something Sweet), Basic Lady, Born Under a Bad Sign, I Can’t Stand The Rain, Mud Island, Late Again, and many others. Another show she will continue to tour will be "A Rita Coolidge Christmas', as well as her large catalog of songs for work with symphonies.

″…And what made this evening special was the seamless way in which Coolidge moved from one style to another, from one song to another, while maintaining the stylistic integrity of each. The ″Delta Lady″ described by Leon Russell in the song he wrote for her, has been transformed into an interpretive musical artist of the first rank…″ — Don Heckman

″To me Rita Coolidge is a sound, that marvelous, kind of smoky, husky but pure sound and yes she has the hits…″ —David Finkle, Village Voice

″ I guess the fact that I'm still here means I must be doing something right,” she laughs. “It's good to know that people who've liked what I do for all these years still like what I do, and at the same time it sounds good to people who weren't even born when I started out. And it's especially satisfying because I've made a record that's really true to the style of music I love. How can you ask for more than that?″

Rita speaking about her friend Joe Cocker on his death this past month – http://www.bbc.co.uk/programmes/p02fstg7