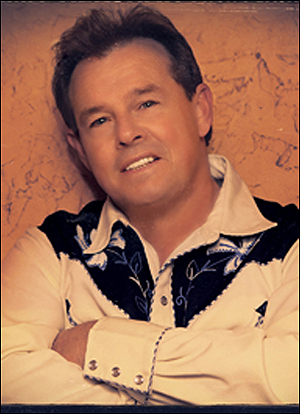 LOS ANGELES, CA (CelebrityAccess) – With a legacy that stretches across three decades, encompasses gold and platinum sales, and includes numerous hit singles, Sammy Kershaw is gearing up for the June 9th release of I WON'T BACK DOWN on Cleopatra Records.

Sammy Kershaw, a native of Kaplan, Louisiana, first broke onto the Country Music scene in 1991 with the hit “Cadillac Style.” He became one of the most-played male acts of the 1990s with hits like “She Don’t Know She’s Beautiful,” “Love Of My Life,” “I Can’t Reach Her Anymore,” and “Third Rate Romance.” Kershaw recently achieved his highest peak on the Billboard Country Albums chart in fifteen years with Do You Know Me, his tribute record to longtime friend, George Jones. To date, he has amassed 25 Top-40 hits on the Billboard Country Singles chart, as well as three Gold and three Platinum-selling albums. Kershaw has appeared on television series like Prime Time Country, Hee Haw, and Hannity.

In addition to his hit singles, albums, and concert appearances, he is also devoted to his home state of Louisiana, participating in two elections as a candidate for Lieutenant Governor. He collaborated with George Jones, on the 1993 single “Never Bit A Bullet Like This,” and fellow performers, Joe Diffie and Aaron Tippin, for the “Roots & Boots” tour.

I WON’T BACK DOWN is a mixture of all things Kershaw, ranging from the romantic yearnings of “Lay Back Down” and “Let’s Lay Here Forever” to the heartfelt regret of the haunting “I Had To Give That Up Too.” He also ventures into a light-hearted feel on up-tempo cuts like “Fixer Upper” and “Grillin’ and Chillin.” As is the case with any Kershaw album, you can always count on a cover – and I WON’T BACK DOWN adds two to the mix – “Take A Letter Maria,” originally a No. 2 hit for R.B. Greaves on the Billboard Hot 100 in 1969, and the title cut, familiar to Pop listeners as a hit for Tom Petty from 1989.

I WON’T BACK DOWN is the first all-original album from Kershaw in five years, and the singer is excited to bring new music to his fans. “At all of our shows, or wherever go, people keep asking for new music. I’m glad to have a new record coming their way. They’ve waited a while. Hell, I’ve waited a while,” he said with a grin. “The other aspect of the new album that makes it exciting is getting a chance to work with Tim Yasui and all the staff at Cleopatra Records. Together, we’re ready to get it out to the people.”

“Sammy Kershaw is one of those voices that you know the moment you hear it. We at Cleopatra are excited to work with an artist of Sammy’s caliber,” says Cleopatra Records President Tim Yasui.