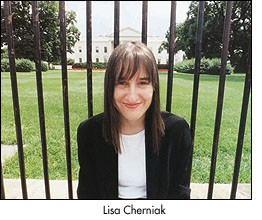 Lisa Cherniak's Artists Against Racism organization will be honored with the 2001 Global Tolerance Award at the United Nations December 11 in New York.

AAR will be joined in this honor, particularly timely now, by fellow recipient Alanis Morissette and celebrity AAR artists soon to be announced.

AAR is being recognized for its unique and powerful international educational media ad campaigns which have included TV PSAs shown in Northern Ireland and the rest of the UK in response to race riots; radio ads in South Africa and worldwide; and in movie theaters, on buses, in malls and schools and other types of awareness campaigns.

Cherniak and her organization were profiled on CelebrityAccess July 20, 2001.