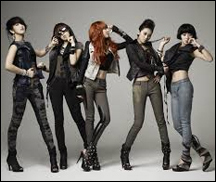 SEONGNAM CITY, South Korea (CelebrityAccess) — At least 16 people were killed and 11 seriously injured in a fall after a ventilation grate collapsed under concert-goers at an outdoor event in Seongnam City, south of Seoul.

According to Seongnam City Fire Department officials, the grate collapsed during a K-pop concert featuring a number of groups, including girl group 4Minute. Police said the victims were standing on top of the large grate and 27 people fell more than 20 meters into a vent shaft after it gave way.

According to the Korea Herald, approximately 1,000 people were in attendance at the concert, with witnesses reporting that most of the victims were office workers in their 30s and 40s. The concert took place in the Pangyo Techno Valley industrial complex, which is a tech center in South Korea.

"I'm a bit shaken up but I'm OK. I was literally 20 ft away from where it happened. None of us knew what had happened. I was queuing up at the beer tent at the time. The concert had just started," Ross Gibson, who lives in Seoul, told the BBC.

Another eyewitness told YTN news: "There was a sudden, loud screaming, and when I turned it looked as if people were being sucked down into a hole."

The incident is likely to fan the flames of controversy that started started in the wake of a ferry disaster in April that left more than 300 dead, most of them high school students. Many analysts have pointed to South Korea's lax safety regulations and lenient enforcement schema as a growing problem in the nation. – Staff Writers