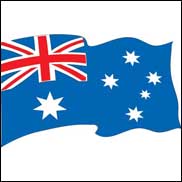 SYDNEY Australia (VIP-NEWS) — Australia's live sector has enjoyed boom times of late, according to the annual report issued this week by Live Performance Australia, the national trade association for live entertainment and the performing arts industry.

The live business, however, has been warned to prepare for a serious bump on the road ahead.

The survey, explains the trade body's CEO Evelyn Richardson, clearly indicates that "over the past four years the live performance industry has grown significantly."

In comparison, the Australian live scene had a box office value of $834.3 million Australian (€425 million) with an audience of 13.7 million for the year covering 2005, according to an LPA ticket and revenue study released last year.

With confirmed visits next year by the likes of Coldplay, the Who and an anticipated AC/DC tour, Aussie concert goers should have a lot of choice on how and where to spend their cash.

"This growth," Richardson adds, "must be seen within the broader global market where live performance has grown in most territories around the world. However, in an industry that is cyclical, such as ours, these trends must be viewed in context."

Aussie promoters have already felt the brunt of a plummeting local dollar-value in recent months, and are bracing for continuing tough times. The sliding dollar is "making things very difficult for promoters in general," Vivian Lees, co-promoter of the January-February 2009 Big Day Out festival tour, tells Billboard.biz.

While delighted with the overall results, Richardson warned the live business to prepare for a downturn, and pointed at developments in other markets as a sign of volatile times ahead.

"There is no question that the next 12 months will be challenging," she concludes. "However, where there are challenges, there are also opportunities and this is an industry with a long history of riding out cyclical market conditions." According to Billboard