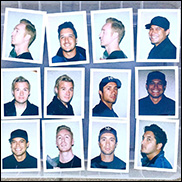 DUNEDIN, NZ (CelebrityAccess) — A balcony collapse at an impromptu outdoor concert in New Zealand, left 18 people injured and investigators looking at the building to see if it was code-compliant.

The show, by the band Six60, took place in a courtyard off of Castle Street in Dunedin on Friday night. Reports indicated that approximately 20 people had crowded a second floor balcony overlooking the courtyard when it collapsed, according to Radio New Zealand.

The collapse injured at least 18 people, with two of the injured reported in serious condition and transferred for additional medical care in Christchurch.

Witnesses report seeing the balcony visibly moving as fans jumped up and down on it during the show, but that was not bourne out by high definition video taken of the concert.

An investigation into whether the balcony was up to building standards was ordered by the government, New Zealand Radio said.

The concert was privately organized and intended to mark the return of the homegrown band to the region.

In a post on their Facebook page, a rep for the band said: "A quick update on what happened last night. We are very upset that people were hurt. We've checked in with the hospital and wish all those injured a speedy recovery. Again thanks to the police and security for helping us through the show to keep people safe."
– Staff Writers