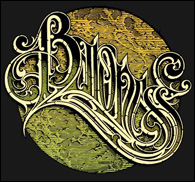 SAVANNAH, GA (CelebrityAccess MediaWire) — Seven months after a serious tour bus accident left members of the band Baroness and their crew with serious injuries, the band is getting ready to tour again, though without some of their former members.

In a post on their website, a spokesman for the band reported that Matt Maggioni and Allen Blickle will not continue touring with the band. The group did not release details about the split beyond noting that it was amicable. Both Allen Blickle and Matt Maggioni suffered fractured vertebrae in the accident.

"While the nine of us must respect the significance of the bus accident in Bath, we must also move away from it and get back to our lives. Simply put, some of the effects and injuries were severe enough to prohibit further activity in Baroness. While we would never have asked them to leave; we have the utmost sympathy for this situation, and in earnest, we wish Matt and Allen the best in the future. In their stead, we have found two musicians who can approach our music with passion and vitality and help get us back out on tour to finish what was seemingly cut short last August," the band's spokesman wrote in the post.