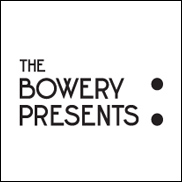 BEARSVILLE, NY (CelebrityAccess) — The operators of the historic Bearsville Theater have signed on with concert promoter The Bowery Presents to handle booking of local, national and international talent at the venue.

A historical landmark in the Hudson Valley, the venue was first opened in 1989, a part of a complex built by the late music manager Albert Grossman. Included on the property are two restaurants, The Little Bear and the ear Café, as well as he offices of WDST and Radio Woodstock — both housed in Utopia, Todd Rundgren’s former video studio.

"We are so excited to partner with Bowery Presents, which plays such an important role in the independent music scene." says partner/Operator Nicolas Geeraerts. "The collaboration is part of a larger revitalization of the property, which not only includes the Theater, but also the historic Bear Café and hip newcomer Commune Saloon with its large bluestone patio."

"My partner Jim Glancy and I have talked over the years about opening a venue upstate someday; after meeting Nicolas and hearing his vision for Woodstock Commune and how the Theater fits into this, we felt the stars had aligned. We are very excited to carry on what Albert Grossman started in the '60's with Dylan, The Band, Janis Joplin and so many others who made pilgrimages to Woodstock." said John Moore, partner at Bowery Presents. – Staff Writers