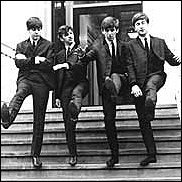 NEW YORK (Billboard) – For years, artists' lawyers have tried — unsuccessfully — to argue that a fiduciary relationship is created when an artist enters a recording agreement with a label.

This would hold the companies to a higher standard of care than mere contractual parties — similar to an attorney-client or financial advisor-investor relationship — and putting them at risk of punitive damages rather than merely actual damages for inaccurate accounting or other activities.

But a 1989 court decision made the Beatles ' past relationship with Capitol Records/EMI Records an exception to the rule. In renewed litigation, the question is whether their relationship since that decision is still one of trust.

The first New York state court litigation filed by Apple Corps. and the Beatles against Capitol/EMI over unpaid royalties resulted in a 1989 settlement and new royalty agreement. In that case, an appellate court found a fiduciary relationship between the parties. It held that "from such a long enduring relation (dating back to 1962) was born a special relationship of trust and confidence, one which existed independent of the contractual duties . . ."

In a suit filed Dec. 15, 2005, Apple and the Beatles (or their representatives) again allege breach of fiduciary duties and other claims. They argue that EMI/Capitol "has become so integrated in the Beatles ' careers that they do not share a conventional business relationship."

A New York Supreme Court judge on Aug. 21 denied the labels' motion to dismiss the claim. The court held that it could not decide now whether there was a continuing fiduciary relationship.

"Whether or not the level of contentiousness and distrust was so great as to destroy the fiduciary relationship the parties had is an issue that must await development of the factual record," the court wrote in its decision. "Further, while ordinarily record companies owe no fiduciary duties to recording artists, the law recognizes circumstances where the parties' relationship elevates an arms-length transaction to a fiduciary relationship."

Paul LiCalsi, a partner with Sonnenschein Nath & Rosenthal, is lead counsel for Apple and the Beatles . Mayer Brown Rowe & Maw represent the labels.