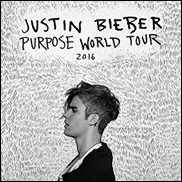 Beiber took to Instagram on Tuesday to break the news, writing:

Love u guys.. I'm going to be canceling my meet and greets. I enjoy meeting such incredible people but I end up feeling so drained and filled with so much of other people's spiritual energy that I end up so drained and unhappy.. Want to make people smile and happy but not at my expense and I always leave feeling mentally and emotionally exhausted to the point of depression .. The pressure of meeting people's expectations of what I'm supposed to be is so much for me to handle and a lot on my shoulders. Never want to disappoint but I feel I would rather give you guys the show and my albums as promised. Can't tell you how sorry I am, and wish it wasn't so hard on me.. And I want to stay in the healthy mindset I'm in to give you the best show you have ever seen 😉

However, TMZ reported that the change in policy was implemented after a security incident during Bieber's Monday night concert in Los Angeles, when a fan from his security team's watch list got within ten feet of Bieber during a meet and greet.

Fans, who paid more than $2,000 for a face-to-face meeting with Bieber have been offered a refund, and the chance to participate in a VIP hangout – a group meeting where fans can take photos but are not allowed to approach.

Bieber kicked off his 114 date world tour at KeyArena in Seattle on March 9th. – Staff Writers