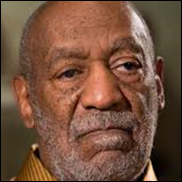 PHILADELPHIA (CelebrityAccess) — Criminal charges against Bill Cosby came to execution December 2016, stemming from a woman’s accusation that he drugged and sexually assaulted her at his home in a suburb of Philadelphia, in 2004.


Montgomery County’s district attorney-elect, Kevin Steele, stated that Mr. Cosby faces a felony charge of aggravated indecent assault and that the investigation involved a “relationship” between Mr. Cosby and the victim, Andrea Constand, that came about from her work with the basketball team at Temple University, Mr. Cosby’s alma mater according to The New York Times.


Mr. Cosby became a “mentor” and “friend” to Ms. Constand, and at one point she went to his home Mr. Steele said. According to the accusations, Mr. Cosby insisted Constand to take unidentified pills and drink wine until she was unable to move. When she lost her decision making ability due to the drugs Cosby assaulted her.


“The evidence is strong and sufficient to proceed,” Mr. Steele said. He added: “A person in that state cannot give consent.”
Mr. Cosby’s lawyer, Monique Pressley, had no immediate comment and stated she will comment later.
Ms. Constand’s lawyer, Dolores M. Troiani, expressed “appreciation” to law enforcement in a statement on Wednesday, praising them for “the consideration and courtesy they have shown Andrea during this difficult time.”
Mr. Cosby is expected to be arraigned on Wednesday. According to The New York Times


‘The announcement of criminal charges against Bill Cosby serve as true vindication and validation of over 40 brave women who have come forward with similar stories of sexual assault by the famed actor. I applaud the Montgomery County District Attorney's office for their thoughtful and conscientious review of the facts in this case. I further commend them for not giving up on this victim when so many others had in the past. Sometimes justice moves slowly and often for victims in high profile sexual assault cases, it never comes. The victims who have watched their accuser walk above the law because of his status will hopefully feel some redemption in the face of all the speculation and condemnation they have endured over these years.’ –Pennsylvania Office of Victim