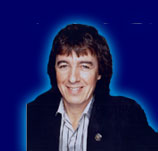 Part 1, Blues & Roots – The 1950s explores the roots of American blues and how it infiltrated the British music scene.

Part 2, The Gospel Spreads explores how the British Blues scene moved out of the '50s into the '60s as young white musicians inspired by the likes of Korner, Donegan and Barber started bands of their own. Wyman reveals how the Rolling Stones were formed by the blues obsessed Brian Jones and how they would go onto lead the '60s 'blues boom'.

Part 3, Ready, Steady, Go! continues to trace the tremendous influence American R&B had on the British pop music scene. Wyman plays music from the leading musicians of the movement The Animals, The Kinks and The Pretty Things, all regulars on the legendary television show "Ready Steady Go!"

Part 4, In From The Provinces studies how the London blues community grew into a national club scene. Wyman takes a detailed look at the peak years of British blues in the mid '60s and traces the spread across Britain. Featured music: Van Morrison's R&B band in Northern Ireland, Zoot Money from the south coast, Dave Berry from Sheffield and a look at Liverpool.

Part 5, The Second Wave explores how the first wave of British R&B success faded towards the end of the '60s, but a second generation of bands and musicians carried on into the '70s, and how British blues went from the pop to the album charts and the birth of the first music festivals. Featured music: Peter Green in original Fleetwood Mac, guitar legends Alvin Lee and Jeff Beck and phenomenal blues 'one-man-band' Duster Bennett.

Part 6, New Directions investigates how during the '70s British blues changed and adapted as rock became the music for a new generation and how the original spirit of the blues remained, but developed becoming more improvised and much louder. Music from the power-house rock bands like Cream, Led Zeppelin and Free are featured.

Part 7, Keeping The Faith explores how with the birth of disco, punk and new Romantics British blues is forced back into the clubs and bars where it first began.

Part 8, The Road Goes On Forever focuses on the current state of British blues & R&B. New music from some of the longest lasting British blues musicians including John Mayall, Peter Green and his guest, the legendary blues saxophonist Dick Heckstall-Smith is featured. Music from the British band just voted No 1 blues band – The Producers – and British blues harmonica virtuoso Paul Lamb are showcased.