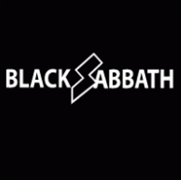 TOKYO (CelebrityAccess) — Black Sabbath has revealed that the band's November 22nd appearance at Ozzfest in Japan will be the band's farewell performance.

The announcement was made via a Youtube video which, instead of anyone actually in the band, instead feature Osbourne's wife and manager Sharon Osbourne.

This isn't the first hint of the band's exit from performing. Last October Ozzy told Billboard that Black Sabbath's final album, their twentieth studio effort, was due in 2015.

“This will be our last hurrah…Then it's no more Sabbath at all. We're disbanding the name and everything," Osbourne told Billboard.

It is also unclear of original drummer Bill Ward will be part of the lineup as there still appears to be some contractual friction between Ward and the rest of the group.

“I’m very, very sorry that it’s fallen to this,” Ward said on his website in 2012. “I [can’t] help feeling some resentment towards the failure to reach an agreement, the failure to remember where we came from, the failure to be as brothers, as we once were. To be clear, I’m not blaming the other guys or finding any faults with them. I would think it can’t be easy for them either, but this situation is just really sad.”

Since then, Ozzy Osbourne has indicated that he'd like Ward to return for their final outing.

“It would be great for him to get it together and sort all the problems out for the next tour,” Osbourne told the Times-Picayune, “It would be a great way for the four of us to end such a wonderful experience of being Black Sabbath, and what we achieved.” – Staff Writers