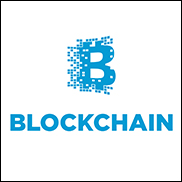 (Hypebot) – This article looks at what we've from learned from the era of illegal downloading as well as the evolving role of record companies in a potentially cryptocurrency fueled music economy.


Digital rights management (DRM) solutions utilizing blockchain technology have long been a dream of evangelists, however nearly every existing implementation doesn't seem to fully appreciate the scale and scope of the problems facing artists.


In 2015 music mogul Jay-Z lined up an incredibly impressive array of celebrities to promote his TIDAL streaming service, which promised to level the playing field between artists and recording companies. It failed spectacularly because Jay-Z didn't seek the participation of the other side of the equation, and not a single label (other than his own) was represented.


Why do we need record companies?


The record industry gained its bad reputation from the exploitation of artists in the 1950s and 60s. The tales are such legend that it was represented as a character in the Sopranos and the ruthlessness by which such deals were executed echo through history to today. Notable artists such as Grandmaster Flash have long championed the return of funds appropriated by disingenuous record execs that robbed entire communities of their income and culture. The Internet Age and the coming Blockchain Age hold much promise for independent artists, but it doesn't eliminate the needs for the legal protection of created works. In this new paradigm, record companies are a sword and shield for artists and their works in an industry that is still as cutthroat as it was 40 years ago.


Girl Talk is an artist who creates original works from material completely derived from other artists. The NY Times called his works a“lawsuit waiting to happen”, however the artist argues his mashups are governed under “fair use”. The simple truth is that his albums (which the author owns) do not represent a significant enough monetary value to pursue. It does not, however, eliminate the ethical argument that his works are, for all intents and purposes, created from stolen material. This has an analog in the software industry, open source licenses. However open source license holders have the same problem as indie artists: the costs of fighting a lawsuit for compensation is usually greater than the artist can afford or the compensation that may be awarded. For signed artists, this is a battle fought by the record companies on their behalf. For unsigned artists, there is little recourse. In a global marketplace, the problem becomes exponential as jurisdiction for appeal of grievance becomes a very real cost issue.


On the other end of the spectrum are artists such as the Grateful Dead, which employed a licensing regime that has been summed up as “once we play it, its yours.” This contributed to the popularity of the band as fans would record individual performances and sell them. This model was very effective given the aggressive touring schedule and the times in which they existed, however in a modern market such efforts do not yield the same results. Other acts such as Phish and The String Cheese Incident have attempted similar models, but have demonstrably not enjoyed the same broad level of appeal or success in such efforts. Such efforts of “open source music” have the knock-on effect of making such acts unsuitable for radio or broadcast airplay due to licensing concerns, which even in the Internet Age is still a non-trivial amount of revenue.


When one observes the music industry in its entirety with a critical eye it becomes clear that any solution attempting to address any of these issues must be flexible enough to incorporate the political intent of the artists, be that intent independent monetization or the traditional route of mass marketing and distribution.


The lessons of Napster, Grooveshark, and Pirate Bay


Napster created the very concept of "digital music sharing" but when efforts were made by the creators of Napster to influence the music industry directly, those efforts failed due to an antagonistic approach and the egos of participants on both sides. A meeting of the minds was never reached, and Napster fell by the wayside to be replaced by more compliant services such as Rhapsody and Pandora. It should be noted that the word “compliant” in this sense means that such services paid the record companies for the rights to distribute their content on their platforms.


The ill-fated Grooveshark attempted to force the issue by creating a subscription based service for the transfer of digital content, however they also created an antagonistic relationship with the music industry which also lead to their eventual demise, and the rise of such platforms as Spotfiy and Rdio, which have subsequently enjoyed a large margin of success.


The Pirate Bay is now gone, but its effects on the music industry live on. The single greatest threat to the music industry is BitTorrent and this fact has not gone unnoticed. Increasingly complex DRM schemes have been employed, even to the extent that some labels offering digital content downloads with the purchase of physical media.


These incidents were a wakeup call for the recording industry: the landscape is changing and the costs of pursuing copyright and distribution infractions was becoming prohibitive, not to mention aggravating still-open wounds from 50 years ago, and threatened a public relations nightmare.


The Blockchain: A silver bullet?


The single technology that may be employed to resolve the concerns of all parties involved is the blockchain. Indies, signed artists, record labels, distributors, “experience platforms” such as Spotify and Pandora and consumers may have their interests equally served through a responsible application of blockchain technology when paired with a firm understanding of the pains of everyone involved in the music supply chain.


The application of smart contracts and modern cryptographic techniques reveals a route by which the unsigned indie artist can enjoy the legal protections currently enjoyed by major acts, while at the same time creating an accounting regime that is suitable for signed artists.


A successful blockchain-based DRM solution must be truly inclusive of the concerns of all parties involved and at the same time create value. This requires a very measured approach to the application of the technology and simply allowing downloads for Bitcoin doesn’t exactly solve the problems that are known to exist.


An excellent example of this is the recent success of Taylor Swift in her brilliant negotiation of new licensing for her creations with both Spotify and Apple Music. Ms. Swift’s victory is a victory for all music artists and it is the opinion of this author that it has set a new tone for the compensation of artists for their work by digital experience platforms.


While not every artist enjoys the clout Ms. Swift enjoys, it sets the precedent that artists will no longer allow their works to be distributed by the millions and not be compensated appropriately. It is a model which can and should be employed across the industry and its this author’s pleasure to directly participate in that evolution. The governing bodies for both signed and independent artists have come together to create a content licensing and management system that serves the needs of their industry and does so in a responsible, well considered manner.


The music industry is going to disrupt itself, and do so for the benefit of everyone.


That is, after all, what Bitcoin and blockchains are about.