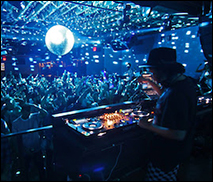 The Verboten building was purchased by former Pacha NYC boss Eddie Dean at a bankruptcy auction in July. It re-opened as Schimanski a couple of weeks ago, and has since hosted the likes of Tiger & Woods, Dewalta, Konstantin and Morgan Geist. One week ago, the club`s talent buyer Thomas Dunkley—who also works with the Manhattan venue Webster Hall—published a Facebook post in support of Donald Trump`s policies, citing his views on foreign policy, immigration and marijuana legalization. A number of DJs, including local favorites Umfang and The Long Count Cycle, responded by publicly cancelling their gigs.

Dunkley apologized in another post the next day, saying he has "the utmost respect for all people," and then on Friday he resigned publicly. "My statements painted an inaccurate picture of the club," he wrote, "and caused much harm for all involved."

Schimanski director and head talent buyer Andrew Inomata told RA "Due to recent circumstances, Tom Dunkley has voluntarily resigned as a member of the talent buying team because he was no longer able to perform the job he was hired to do," in an email statement. "We have since resolved any booking conflicts, and we are working on a makeup event with all talent who had canceled their gigs."

"We have zero tolerance for hate and discrimination of any kind," he added.

Since the resignation, all the artists who initially canceled their gigs are either back on the bill or re-scheduling for a future time, says a representative of the club. There will also be a makeup date for the Umfang and Henning Baer lineup, which will instead happen at Bossa Nova Civic Club (date TBA) as a fundraiser for charities that benefit social equality.