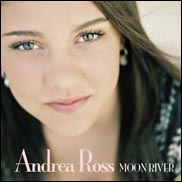 BOSTON (CelebrityAccess MediaWire) — Andrew Lloyd Webber is supporting a teenage karaoke singer. The 15-year-old schoolgirl has become Andrew Lloyd Webber's latest protégé after sending him a clip of her singing to a karaoke backing track.

Andrea Ross only wished the theatre impresario might listen to her tape and offer her some professional insight. Instead, Lloyd Webber was so impressed by her talent that he invited her to perform at his annual music festival in Sydmonton, Berkshire.

After her appearance she was snapped up by the Universal Classics record label, which will release her debut album in March, which Lloyd Webber has also produced.

The record is a mix of show tunes and standards and Ross is poised to become a chart-topping star. Last year, Lloyd Webber plucked Connie Fisher from obscurity and made her the toast of West End after she won BBC talent show How Do You Solve A Problem Like Maria?

He said of his latest talent: "I first heard Andrea singing when she sent me her music via the internet. She is still only 15 and it is going to be great to see her develop, as she has enormous potential to become a very big artist."

Andrea, still a schoolgirl, is from Boston, Massachusetts, and got her first taste of showbiz stardom when she played Marta in a local community production of The Sound of Music.

A fan of his musicals, she decided to send Lloyd Webber a recording of her singing. She recorded two songs over a karaoke tape backing track and sent them to his Really Useful Company in London.

The firm is constantly deluged with audition tapes but Lloyd Webber's assistant picked Andrea's at random. She played it for her boss and he arranged for her to sing for him at an audition in Los Angeles.

Andrea said: "I ended up singing six songs and eating lunch with him, and he invited me to sing at the Sydmonton Festival."

Now Lloyd Webber is introducing UK audiences to his young talent. He will host a showcase event on Tuesday night at which Andrea will perform songs from the new album, entitled Moon River. It features songs from The Phantom of the Opera, Whistle Down The Wind and The Beautiful Game.