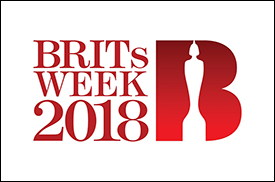 LONDON (CelebrityAccess) — The organizers of the Brit awards have asked attendees at this year’s awards gala to wear a white rose pin to acknowledge the recording industry’s fight against sexual harassment.

According to The Guardian, the British Phonographic Industry made the request in a letter sent to nominees, guests and the 1,000 members of the Brits voting academy, stating that the pins would be distributed ahead of the awards show and would represent “a symbol of solidarity, which we invite them to wear, if they so choose”.

The choice in fashion accessory follows the trend set by other awards shows in the wake of the growing sexual abuse scandal that is currently embroiling the entertainment industry.

Late last year, attendees of the Golden Globe Awards were asked by an activist group to wear all black attire to the gala, in support of the #metoo movement, with many guests choosing to participate.

A similar effort late last month at the Grammy Awards, was less successful. Ahead of the Grammys, Voices in Entertainment, a grassroots group of women employed by large record labels, asked attendees to wear a white rose to acknowledge the #MeToo movement, but fewer attendees joined the fray.

However, unlike earlier awards show demonstrations, the Brit Awards is being coordinated by the event organizers and not an external activist group.

The ceremony takes place on Wednesday 21 February at the O2 Arena in London and will be broadcast live on ITV.