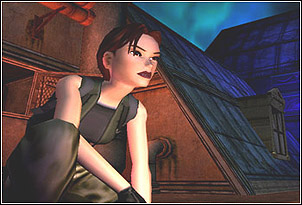 CAA is adding Lara Croft of "Tomb Raider" fame, one of the video game and film industry's biggest stars, to its client list. What's unusual about the signing is that she's not human. Rather, she's a digitally animated character. CAA will pitch the wealthy British archaeologist for new products and promotional tie-ins.

Six video games have sold 28 million copies and generated $700 million in worldwide sales. Last summer's "Lara Croft: Tomb Raider" movie, starring Angelina Jolie as Croft, and the first in a series of films, raked in some $300 million internationally. In all, Lara Croft products have generated around $1.2 billion in sales since her video game debuted in 1996.

"It's not any different than why Britney Spears or Julia Roberts get agents," said Paul Baldwin, vice president of marketing for Eidos, the video game maker that created Croft. "She's a huge property."

"When we looked at the possibility of working with Lara, we looked not just at numbers, but at what she represents as a role model and a strong and empowered woman,'' CAA's Elie Dekel said.

Eidos is due to release the new "Lara Croft: The Angel of Darkness" video game next winter. A second Lara Croft movie starring Jolie is in the works for summer 2003.