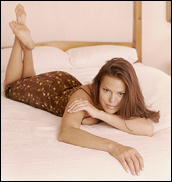 LOS ANGELES (CelebrityAccess MediaWire) — The California Supreme Court has issued a ruling on the closely-watched Talent Agencies Act, deciding that the act applies to personal managers as well as agents.

The Court however, also ruled that the act does not require the state's Labor Commissioner to void a contract between a manager and an artist if the manager has been found attempting to procure work for the artist.

"It means a very large percentage of managers will no longer face labor commission hearings," Donald Smiley, an attorney who argued on behalf of a management firm in the case told the Hollywood Reporter "The vast majority of them, if you look at the list, were all cases where the major contract — the source of most of the money — was not being questioned. It was an attempt to avoid paying the commission because of small items that would have not been that incidental to the parties."

Smiley represented Marathon Entertainment, which had been engaged in a lengthy legal brawl with actress Rosa Blasi. Marathon sued Blasi on behalf of her former manager Rick Siegel citing unpaid commissions. Blasi contended that Marathon had acted as an unlicensed agency by attempting to secure her work. A 2006 ruling in the case said that the law applied to managers but raised the specter of the applicability of the state's doctrine of severability.

The California Supreme Court agreed with the appellate decision, noting that "remain exempt from regulation insofar as they do those things that personal managers do, but they are regulated under the act to the extent they stray into doing the things that make one a talent agency under the act." The justices also found that the act provides no guidance for remedy in the case of illegal procurement, leaving the labor commission free to act on each violation.

In essence this means that instead of a binding obligation to dissolve the contracts, the labor commission will now be empowered to assess penalties commensurate with the violations rather than to merely dissolve and contract existing between the artist and the manager. – CelebrityAccess Staff Writers