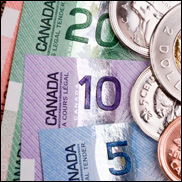 MONTREAL, QUEBEC (CelebrityAccess MediaWire) — The Honorable James Moore, Minister of Canadian Heritage and Official Languages, announced that the Government of Canada is further ensuring stability for the arts by renewing the Canada Music Fund with an annual investment of $27.6 million over five years.

Minister Moore also underscored that the government is changing the structure of the Canada Music Fund in order to reduce the administrative burden and increase the visibility of Canadian music on digital platforms and in international markets.

"The music industry generates billions of dollars' worth of economic activity every year. Our Government is proud to offer greater stability in these uncertain economic times by stabilizing resources dedicated to Canadian music, while helping maintain thousands of jobs," said Minister Moore.

"We are also ensuring that a wide variety of Canadian music is accessible on multiple platforms, increasing the reach of our artists both in Canada and abroad," added Minister Moore.


The Canada Music Fund is administered by the Department of Canadian Heritage in partnership with MUSICACTION, FACTOR, the SOCAN Foundation, and Library and Archives Canada.

"We are fortunate to have strong leadership and vision from our current government, which recognizes the importance of supporting sustainable business models and believes in the cultural component and how it weaves itself into the overall Canadian identity," said Heather Ostersag, President and CEO of FACTOR.

"As president of MUSICACTION and vice-president of Astral Media Radio, allow me to congratulate you, Mr. Minister, on the confidence you are displaying in the Canada Music Fund. This announcement is even more essential, as it comes at a time when the record industry's business model is being questioned," said Pierre Rodrigue, President of MUSICACTION.

"This funding is essential in allowing artists to continue to create and to ensure continuity in Canadian arts and culture," said musician Boom Desjardins. "Thank you to the Government of Canada for having confidence in your artists and believing in the Canadian music industry."


This announcement is part of a series of initiatives undertaken by the Government of Canada to ensure the financial stability and digital shift of Canada's arts and culture sector. –by CelebrityAccess Staff Writers