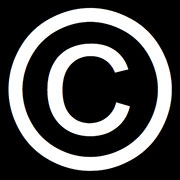 OTTAWA, Ontario (CelebrityAccess) — The Conservative government of Canadian Prime Minister Stephen Harper has introduced legislation that would extend the nation's copyright term for sound recordings by 20 years, bringing Canada in line with the United States.

According to The Huffington Post, the legislation was requested by U.S. negotiators as a part of the secretive Trans-Pacific Trade Partnership (TPP), an international trade agreement currently being negotiated between Canada and 11 Pacific Rim countries, including Japan and the U.S. If instituted, the TPP would be the largest international trade deal, with the signatories representing more than 40% of the world's GDP.

Details of the proposed agreement remain scarce however, and have been classified in the interests of national security by the U.S. government and other negotiating parties. In a rare moment of bipartisanship, the U.S. congress just approved so-called 'fast track' for President Obama to negotiate the agreement, leaving congress with just an up or down vote to ratify the resulting treaty. The U.S. extended their own copyright terms in 1998 with the passage of the The Copyright Term Extension Act.

The proposed Canadian extension, unsurprisingly, has the support of copyright holders, including artists and trade groups representing record labels.

"The world has changed since our original copyright laws were drafted. Every piece of music is, at least theoretically, with us forever. Extending the copyright term is an eminently sensible response to this new situation and a welcome one," Canadian artist Bruce Cockburn said in a press release by trade association Music Canada.

“With each passing day, Canadian treasures like Universal Soldier by Buffy Sainte-Marie are lost to the public domain. This is not in the public interest. It does not benefit the creator or their investors and it will have an adverse impact on the Canadian economy,” Graham Henderson, President of Music Canada added, apparently without irony.

Despite the warm reception from copyright holders, not everyone agrees that the extension is in the public interest. Dr. Michael Geist, a professor at Ottawa University who specializes in Internet and e-commerce law had a different view, suggesting that the copyright extension would be a windfall for labels but not for artists or consumers.

"Canada will extend term without any public discussion or consultation, yet other studies have found that retroactive extension does not lead to increased creation and that the optimal term length should enable performers and record labels to recoup their investment, not extend into near-unlimited terms to the detriment of the public. For Canadian consumers, the extension could cost millions of dollars as works that were scheduled to come into the public domain will now remain locked down for decades," Geist wrote on his blog. – Staff Writers