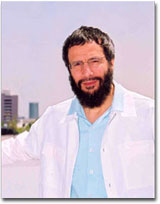 considering bringing his
life story to the Broadway stage. The New York Daily News
reports that Stevens, who converted to Islam in
1977 and changed his name to Yusuf Islam, was in New York
recently to explore mounting a Broadway musical based on
his life. "He had a production team with him," the paper
quotes an unnamed source as saying. "He was meeting with
potential investors."

The play would include his classic songs

"Moonshadow," "Wild World," "Morning Has Broken" and "Hard-
Headed Woman," which he has not sung since his conversion.