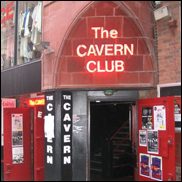 LONDON (VIP NEWS) — The Cavern Club in Liverpool is taking the Hard Rock Cafe to court in a battle over who owns the rights to use the Cavern name in the US.


The club became legendary as the home of the Beatles in the early 1960s.


The Hard Rock Cafe chain filed for the Cavern Club trademark in the US in 1994 and has its own Cavern Club in Boston.


The Liverpool Cavern`s Dave Jones said it was "an outrageous insinuated claim to an association with fame that has nothing whatsoever to do with them".


The Beatles played at the original Cavern 292 times as they were on the road to stardom between 1961-63.


But the underground club was filled in after it closed in 1973. A replica was built on the site in 1984 and now attracts 750,000 Beatles fans every year.


In 2011, a US trademark authority rejected an application by Cavern City Tours, which owns the current Cavern Club, to cancel the Hard Rock Cafe`s trademark.


The Liverpool company, which has John Lennon`s half-sister Julia Baird as a director, is now taking the case to a federal court in Orlando, Florida, where the Hard Rock chain is based.


The Hard Rock Cafe`s Cavern Club in Boston provides "billiards, live music and special events", it says, while a Cavern room in its Las Vegas outlet holds meetings and receptions for up to 60 people.


Mr. Rapp claimed the chain obtained the trademark "to keep the Cavern from entering the US market".

Cavern City Tours has previously said it planned to open venues in the USA, Spain and Brazil and has already licensed the Cavern name for nightclubs in Australia and Argentina.


The two sides will submit motions to the court in early June, with a trial scheduled for "early winter", according to Mr. Rapp


Mr. Jones said: "If this dispute is not put right, perhaps in some decades time kids might be confused into believing that the four lads who actually changed the world from a cellar bar in Liverpool instead started out at a Hard Rock.


"And that would be a travesty of history and a tragedy for music heritage." — According to BBC