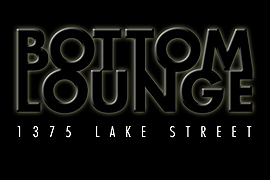 CHICAGO (CelebrityAccess MediaWire) — Chicago music fans have two mores reasons to head out on the town as two new live music venues are opening their doors for business in the Windy City.

According to the Chicago Sun-Times, the Bottom Lounge, is set to open later this month at 1375 W. Lake St with aims to be a prime showcase for touring acts as well as providing a space for up and coming rock bands to make their bones. The second club, Reggie's New Rock Headquarters at 2109 S. State Street, is geared for the all-ages punk, metal, hip-hop crowd. The venue also features a smaller cabaret style stage, a record store and a boutique.

28-year-old Brian Peterson, the man booking both of the new clubs, is no stranger to the Chicago scene. Peterson, the founder of MP Productions, got his start in Chicago by booking the Fireside, which served as the nexus of the punk scene through the 1990s.

"I’m pretty amazed: I’ve never really had a venue that was built for what I do — I’ve always kind of squeezed into one room or another — but now I have two places, and that’s really exciting," Peterson told the Sun-Times.

Peterson is hoping that the Bottom Lounge will be able to fill a niche between the smaller, 4-500 capacity in the city such as Empty Bottle and the Abbey Pub and larger competitors like the Metro and the House of Blues. Reggie's while smaller, will give the city a much-needed all ages venue. – CelebrityAccess Staff Writers