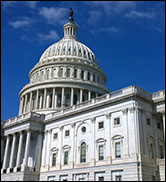 WASHINGTON D.C. (CelebrityAccess) — A crackdown by Congress on tax loopholes may have a far-reaching impact for the entertainment industry as corporate America is forced to take a hard look at how much they spend at live entertainment venues around the country.

One of the changes in the latest revision to the U.S. tax code which was enacted late last year takes aim at a provision that used to allow American businesses to deduct as much as 50% of the cost of entertaining customers and clients and sports and entertainment venues.

According to the New York Times, that loophole was closed as part of an effort to curb the projected cost of the tax cuts and to streamline the tax code.

“Congress didn’t feel the government should subsidize it anymore. Firms are going to take a hard look at their entertainment budgets,” Ryan Losi, a certified public accountant based in Glen Allen, Virginia, told the Times.

Congress’ bipartisan Joint Committee on Taxation estimates that closing the loophole will save the government about $2 billion a year, or $23 billion through 2027.

That money has to come from somewhere and events like the U.S. Open tennis tournament in New York may be hit particularly hard by the change. According to the Times, the tournament, which offers court-side suites for the well-heeled, says it receives about 40% of its annual revenue from corporate sales.

Chris Widmaier, managing director for corporate communications at the U.S. Tennis Association, told the Times that the organization hasn’t seen much direct impact yet, but noted that its still very early in the sales season.

While the measure may hit corporate entertainment spending, the tax bill strongly benefited them in other ways, including lowering the corporate tax rate to just 20%, and providing a chance for corporations to ‘repatriate’ the estimated $2.6 trillion in profits they had squirreled away overseas as part of tax avoidance plans.