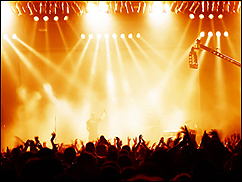 The club, booked by AEG Live’s Goldenvoice, is expected to host 150 concerts, performances, comedy shows and other special events on an annual basis.

In the coming weeks, L.A. Live will see other venues opening as well, including the Jennifer Lopez/Jimmy Smits/Paul Rodriguez-owned Conga Room (relocating from its former mid-Wilshire location) and the GRAMMY Museum which will feature interactive, permanent and traveling exhibits with four floors multimedia presentations in addition to a 200-seat state-of-the-art GRAMMY Sound Stage and a rooftop terrace overlooking the city with its private auditorium.

On the calendar at Club Nokia for the rest of November: