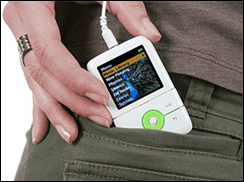 LONDON (Hypebot) â€“ Ripping your CD onto you iPod is a crime in the UK. But as is the practice globally, most people do it; and a recent survey showed that 88% don't even know they are breaking the law. Proposed legislation would decriminalize the practice, but a coalition of major industry groups including AIM, BPI, The Manager's Forum and the Musicians Union are backing a tax to compensate for what they see as a loss in income. A summary of their logic: