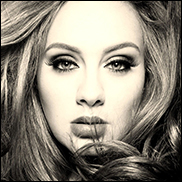 Songkick, which manages ticket sales through the artists' website, said it accounted for 40% of the UK ticket sales for Adele's sold out European tour, and was able to block 53,000 sales to known or suspected ticket speculators.

According to Songkick, their efforts led to less than 2% of Adele's tickets appearing on the secondary market.

“By selling the highest number of tickets we were able to through our own channels, and working with Songkick and their technology, we have done everything within our power to get as many tickets as possible in the hands of the fans who have waited for years to see her live,” Jonathan Dickins, Adele’s manager, said in statement.

Tickets for the American leg of Adele's tour went on sale on Thursday and it remains to be seen if Adele's team can manage a similar feat in the U.S. Songkick handles as little as 8% of inventory for some U.S. shows and tickets for U.S. dates were already turning up on resale sites like StubHub on Thursday, sometimes for as much as $10,000.

As well, customers complained about about technical problems and that the tickets appeared to sell out almost immediately.


"There has to be a way to fight the ticket scalpers – unless the artists management, promoters, venues, booking agents are in the middle and allowing it to happen. no accusations, just questions.


What percentage of concert tickets are actually on sale to the public without the fan clubs, sponsors and artists people keeping the good seats that sell on the open market via the scalpers??


Are the management and everyone behind the artists concerts involved in the scalping machine?
What do they do to prevent the scalping from happening?

What about the old system – tickets on sale at various venues and a guaranteed number of tickets per retail stores as we used to sell tickets??


Let people wait in line. If 16,000 tickets are on sale, then that would take 4,000 people in line with a max of four tickets each.
Fans would rather wait In Line than be scammed and scalped On-Line!
Doak Turner