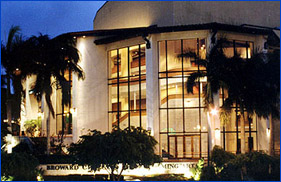 FT. LAUDERDALE (CelebrityAccess MediaWire) — Low ticket sales, a drop in donations and difficulties in securing good dates have induced the Concert Association of Florida to cease holding classical music and dance events at Fort Lauderdale's Broward Center for the Performing Arts after spring.

"We have no support up there," Concert Association board Chairman Robert Hudson told the Miami Herald. According to Hudson, classical music had taken a back seat to Broadway Series on the schedule.

"It doesn't leave an acceptable number of dates for us to try to put on a seven- or eight-performance season." Hudson added.

Kelley Shanley, CEO at the Broward Center didn't dispute this assessment. "Scheduling dates in the Au-Rene Theater can be challenging for many of the larger presenters," Shanley said in a written statement. "But as our audiences know, the Concert Association has been able to successfully present many seasons of great classical programming here despite these challenges."

The Concert Association has been staging classical music and dance events at the Broward since it opened in 1991 but the recent credit crisis has left many former patrons and ticket-buyers low on discretionary cash and Hudson said that ticket sales had been down by "hundreds of thousands" of dollars. He declined, however, to put an exact figure on the downturn.

Still, Hudson has indicated that the Concert Association would be willing to consider a return in future times if they got better access to prime dates. – CelebrityAccess Staff Writers