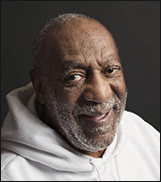 LOS ANGELES (CelebrityAccess) — The California Supreme Court has cleared a legal obstacle for one of the growing list of sexual assault cases brought against comedian Bill Cosby.

According to CNN, The Court denied Cosby’s petition to review the case Wednesday night, which will allow the civil case to proceed to the trial phase. The Business insider reported that attorneys for the plaintiff plan to depose Cosby within the next 30 days.

The lawsuit was filed by Judith Huth, who claims that Cosby sexually assaulted her at the Playboy Mansion in 1974 when she was 15 years old.

The news about Huth's case comes as Cosby's attorneys staged an aggressive public defense of Cosby. Monique Pressley, a Washington attorney retained by Cosby, made the rounds to talk shows such as Good Morning America tin an effort to put some context to court proceedings released from a 2005 lawsuit that have cast Cosby in an increasingly bad light.

In his 2005 testimony, Cosby admitted to seeking Quaadludes, a powerful sedative, for sexual encounters, but Pressley maintained that the drug use was consensual, noted that Quaaludes were legal at the time, and often used recreationally.

“There has been a good deal of confusion, and perhaps a better word would be misrepresentation, regarding the deposition testimony which has been filtering out in excerpt form,” Pressley told the New York Times in a phone interview. “There is no criminal conduct here. Nothing within the deposition moves the ball forward for those people accusing Mr. Cosby of criminal activity.”

“I don’t understand why that’s news,” she added. “A man having an affair or two or 20, even extramarital affairs, to me is not a news item. It’s history.” – Staff Writers