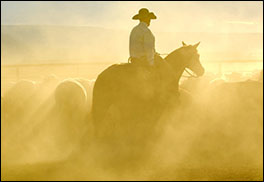 (Hypebot) – Country radio has long been a powerful force to be reckoned with in world of broadcast and music in general, but some of those numbers seem to be changing as radio listenership in general declines and the popularity of streaming continues to grow.

If you’ve ever been to the Country Radio Seminar in Nashville, you’ll understand the size and influence of country radio in the United States. The long-running, annual conference gathers thousands of people in the radio business including the radio programmers who can make or break careers. Labels throw parties and host concerts to showcase their young, hopeful artists and celebrate their stars. It’s to country radio what the CMA Music Festival is to country fans.

Radio has long been the main driver of success in country music. But listening habits have changed in recent years. People still listen to broadcast radio – 92 percent of the country listens weekly, says the Radio Advertising Bureau – but now 57 percent of the 12+ online population listens to online radio every month, according to Edison Research and Triton Digital. So it’s not a surprise that country radio has been experiencing slight listening declines in 2015 and every month of 2016 through September.

A different story has been materializing at Pandora. In recent years, country has consistently grown its share of total listening at the service, climbing from 6.6 percent in 2011 to 8.2 in 2015. The pace of growth has continued this year as year-to-date share through mid-October of 9 percent, up from 8 percent at the same time in 2015. This gain in share takes on more weight when you consider how much Pandora has grown over that time span – total listening grew 455 percent from fiscal 2011 to 2015 (the years don’t match perfectly because the fiscal year in 2011 ran from February 1 to January 31).

It’s hard to imagine that Americans are losing interest in country music. Signs of its popularity are everywhere. Many of today’s country stars are household names: Blake Shelton, Carrie Underwood, Keith Urban, Miranda Lambert, Kenny Chesney (all of whom are recognizable by only their first names). The current Hot 100 song chart has 15 country singles (the chart combines radio play, track sales and track streams). Rolling Stone opened an office in Nashville and launched Rolling Stone Country in 2014. The television show “Nashville” ran for four seasons on ABC before moving to CMT for its fifth season. Country’s 14.4 percent share of all radio listening (not AQH share) makes it the top format in the country, nearly 4 percentage points ahead of talk radio, according to Nielsen BDSRadio. And as if country doesn’t get enough attention, Beyonce performed at the CMA Awards last week (the controversy lingers a week later).

Sales of country music don’t suggest a problem. Country fans are still buying music and the genre’s recorded music revenues are growing. In the first half of the year, country album sales and song sales were up 5.5 percent and 20.5 percent respectively, both good for 5th place among all genres, according to BuzzAngle. Country sales have traditionally been driven by radio play – fans hear it on the radio and buy the CD or downloads – so this revenue growth suggests people are listening to country music somewhere.

And yet country has slipped slightly at broadcast radio. One of the possible causes for the downturn is online listening and Pandora specifically. At Pandora country listening hours rose to 16.6 billion from 15.7 billion through September – an incremental gain of 133 million listening hours. Outside of Pandora, country’s audio and video streams jumped 92.8 percent to 317 billion in 2015, according to Nielsen Music.

Country radio is fundamentally different from Pandora. Country radio focuses on current songs by familiar artists, although stations regularly add new artists into rotation. Pandora has a wider range of diversity that spans eras, styles and moods. Country radio typically has few classic country songs, and outside of Texas – that state has its own country market that’s separate from Nashville – country stations’ playlists aren’t very localized. If you want to hear old songs by Buck Owens, Randy Travis or Reba McEntire, or songs picked specifically for your tastes, you’ll go to Pandora.

But it’s safe to assume at least a portion of Pandora’s country listening came from the hours it lost at broadcast radio. It makes sense. From 2014 to 2015, the time people spent listening to radio fell in four out of five audience segments tracked by Nielsen (Millennials, Generation X, Hispanics and African Americans) with no change for the fifth segment (Boomers). Recall that country’s AQH share suffered deep losses over the last five years (as did AM/FM in general). These trends are magnified by country’s slightly smaller share of AQH share.

Come February hundreds of country music programmers will travel to Nashville for CRS. They’ll still hold significant power in the country market, but times are changing.