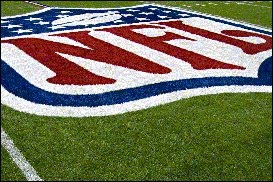 DALLAS (CelebrityAccess) – Cowboys owner Jerry Jones testified on Tuesday in the lawsuit brought against the NFL in the wake of a seating fiasco that left some ticket holders without a place to sit at the 2011 Super Bowl at AT&T Stadium.

Fans were left without seats during the game when 1,250 temporary seats were deemed unsafe hours before kickoff, leaving some ticket holders with new seats and as many as 400 consigned to standing room only locations. Seven fans subsequently sued, claiming that they had obstructed views or no seats at all, and that the NFL breached its ticket contract after failing to provide full compensation.

The NFL maintains that it fully compensated affected fans with league commissioner Roger Goodell testifying via video that the NFL was responsible for the issue.

Jones, during somewhat contentious testimony, said the League went against the Cowboy's usual system of selling standing room tickets and sought to install temporary seating at the arena. However, the temporary seating was not completed on time and the fire marshal determined that some seating sections were unsafe, leading to displaced fans.

Jones laid the issue at the feet of the league, though conceded that he did have a stake in the issue as the team's owner. – Staff Writers