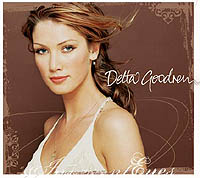 (CelebrityAccess News Service) — In what has been nothing short of an extraordinary rise to the top of the Australian music community, singer/songwriter Delta Goodrem has emerged as a bona-fide heavyweight with a staggering 10 nominations for the 17th Annual ARIA Music Awards. She becomes the first female artist in the history of the ARIA Awards to receive so many nominations in a single year. She also becomes the first artist to be nominated with three different songs in the Highest Selling Single category.

The Aria Music Awards will be handed out October 17 at the Sydney Superdome, Sydney Olympic Park.