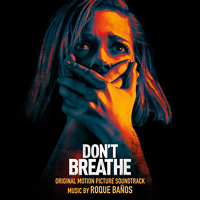 LOS ANGELES (CelebrityAccess)–"Don't Breathe," a twisty story of a group of teenage delinquents who pick the wrong house to burglarize, dominated the late summer box office, debuting to a potent $26.1 million and topping charts. It joins a long list of recent horror films such as "The Purge: Election Year," "The Conjuring 2," "Lights Out," and "The Shallows" that have all found success with audiences. It's a genre that's particularly attractive to studios, because these films don't require much in the way of special effects or star power, making them cheaper to produce than comic book adventures and science-fiction fantasies.

"Don't Breathe" was backed by Sony's Screen Gems and Steve Bersch's Stage 6 Films, and cost less than $10 million to produce. It more than doubled its production budget in a single weekend, after rolling out across 3,051 locations. The film follows a gang of thieves who find out that the blind man whose house they've targeted isn't as helpless as he appears. Instead of making off with loot, they are pitted in a deadly cat-and-mouse game.

Sony screened the film at SXSW and Comic-Con in order to build buzz. It also relied heavily on digital platforms to drive enthusiasm for the picture, debuting spots on Snapchat, crafting animated gifs for Twitter and Facebook, and launching interactive mobile apps.

"This film is going to be a big moneymaker for us," said Rory Bruer, Sony's distribution chief. "We knew we had something special here. This is a film that's all about keeping people jumping out of their seats and holding on to the person next to them."

"Don't Breathe" displaced "Suicide Squad" from its perch atop charts. After finishing in first for three consecutive weekends, the super villain mash-up had to settle for second place this weekend with about $12.1 million at 3,582 locations. The Warner Bros. release has earned $282.9 million.-Staff Writers