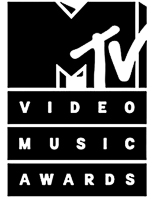 MSG,NEW YORK CITY, NY (CelebrityAccess)–For the past dozen years, as MTV’s once-titanic grip upon music and pop culture has dwindled, the Video Music Awards have been its ace-in-the-hole — the annual ratings and water-cooler-moment jackpot that keep it anchored in a media world that continues to evolve far beyond television networks. And while the channel has continued to hit those moments — which usually involve the names Kanye West, Taylor Swift or Miley Cyrus — the VMAs are unlikely ever to reach the gold standard of 13 years ago, when it was Britney Spears and Madonna.

But in a year that's been tumultuous even by this beleaguered network's standards (see the Sumner Redstone/Phillippe Daumann drama), there's opportunity. The medium that stole the thunder (and lunch) of MTV and the industries around it — the Internet and YouTube in particular, duh — has made music videos more relevant than they've been since the turn of the millennium. And whether it's luck or changes in leadership or tactics, the 2016 VMAs were the first in recent memory that actually felt different.

The show's format was only the most obvious change. It was less rigid and predictable — for an awards show, anyway — and, in a way that reflects the changing power dynamic in the music business, large segments were basically handed over to superstar artists.

Rihanna performed four separate times and was presented with the Video Vanguard award by a be-tuxed — and possibly lovelorn — Drake, occupying approximately 30 minutes of the nearly three-hour-long show.

Alicia Keys spoke and sang a poem inspired by Martin Luther King. Beyonce, suiting her imperial status, delivered a mind-blowing 15-minute medley of Lemonade songs that showed her peerless mastery of the live television moment. Diddy's relentless brand-dropping (he strategically mentioned Ciroc vodka, with which he has a 50-50 profit split, in both of his on-camera appearances) felt like a throwback.

The visuals and staging were as vivid as ever but woozier and more surreal: the show opened with a barrage of pink — Rihanna's sterile, bathroom-esque opening number was followed by Ariana Grande and Nicki Minaj performing in a set seemingly modeled on a West Village Soul Cycle, and that was just the first 15 minutes. The tone of the show was different as well: While there was no shortage of the corny jokes that seem obligatory for awards shows, the familiar Caddyshack humor that was a hallmark of longtime president Van Toffler — who left MTV last September after 28 years at the network — was nowhere in sight, replaced by a social-media based sass that didn't always work but at least was trying to look forward.

Which leads to the biggest change of all: Whether by circumstance or design, this was unquestionably the blackest VMAs ever, and possibly the blackest mainstream awards show to date. The main "commentators" (basically a revolving set of hosts) — Keegan-Michael Key and Jordan Peele, former Saturday Night Live actor Jay Pharoah and comedian Nicole Byer — and the most prominent headlining performers were nearly all black or mixed-race. Few of the white nominees or usual suspects were in attendance — multiple nominees Adele and Justin Bieber sat the night out (and did not win any Moonmen), as did awards-show junkie Taylor Swift, who probably elected to stay home rather than risk another run-in with the West-Kardashians — or even got much mention or play during the show (save for a brief Kanye mention).

Olympic superswimmer Michael Phelps talked about "the motivation and inspiration I get from hip-hop" and explained that "when I made that face that ended up all over the Internet, I was in the zone with Future’s track 'Stick Talk' blaring in my headphones." Then with Jimmy Fallon's impression of Phelps teammate Ryan Lochte – Phelps just busted in laughter and took to social media.

But for all the bad jokes and missed moments, and for all the inevitable post-show snark attacks on social media, at least this year's VMAs suggest a different way forward. One speech along the lines of Jesse Williams' Black Lives Matter broadside during the BET Awards, and we'd be talking about something besides Beyonce's flawlessness and Kanye's Olympic narcissism.-Staff Writers
–contributions: BillBoard

The full list of winners from the 2016 MTV VMAs

VIDEO OF THE YEAR

Ariana Grande – “Into You”

Winner: Calvin Harris ft. Rihanna – "This Is What You Came For"

Calvin Harris ft. Rihanna – “This Is What You Came For”

Ariana Grande – “Into You”

Winner: Fifth Harmony featuring Fetty Wap — "All In My Head"

Calvin Harris featuring Rihanna — "This Is What You Came For"

All Time Low – “Missing You”

Coldplay – “Adventure Of A Lifetime”

Panic! At The Disco – “Victorious”

Winner: Calvin Harris & Disciples – “How Deep Is Your Love”

Mike Posner – “I Took A Pill In Ibiza”

The Chainsmokers ft. Daya – “Don’t Let Me Down”

Florence + The Machine – The Odyssey

Missy Elliott ft. Pharrell – “WTF (Where They From)” (Choreographer: Hi-Hat)

Tame Impala – “The Less I Know The Better” (Director: Canada)