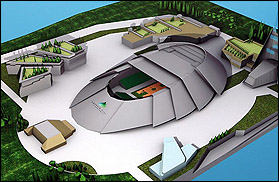 SEATTLE (CelebrityAccess MediaWire) — Former Supersonic Fred "Downtown Freddie" Brown has announced that he will spearhead plans to develop a privately funded, 1 billion dollar arena complex dubbed the Emerald City Center, in Seattle to serve as a home for professional basketball and hockey. Brown, teamed with a local PR man, Dave Beam are in the process of seeking funding for the deal and have identified 5 sites as potential locations for development, including the current Key Arena site, the Seattle Times reported.

The new arena isn't intended to keep the 'Sonics in Seattle however as the process of gathering funding, locating and developing the complex will likely take a number of years. Instead, the team is hoping to facilitate luring another franchise to the city when the project is complete.

"I feel very, very strongly about this community, and I for one do not want the NBA to leave," Brown told the Seattle Times "I want the NBA to stay here. And if the NBA is saying it wants Seattle leaders to step up, then we have to step up."

In addition to being a state-of-the-art professional hockey and basketball venue, the complex would also been employed as a convention center and a cultural and heritage center for Pacific Northwest Native Americans and other local ethnic groups. – CelebrityAccess Staff Writers