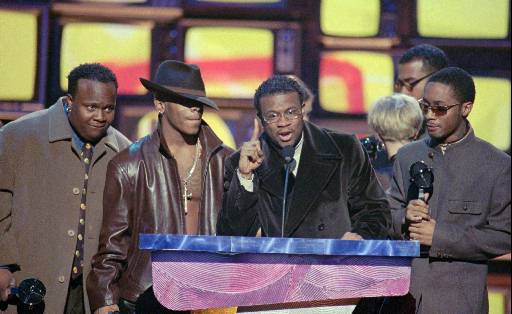 R&B quartet Dru Hill has been sued by their former manager, Kevin A. Peck, for breach of contract after the group he discovered and brought to superstar status broke its management agreement.

The civil lawsuit was filed March 20 in Baltimore County Circuit Court, charging defendants Dru Hill Inc.; Larry Anthony Jr., aka Jazz; Tamir Ruffin, aka Nokio; James Green, aka Woody; and Mark A. Andrews, aka Sisqo, with two other counts including, unjust enrichment. The suit states that millions of dollars in compensation have yet to be paid to Peck for management of the group's first, second and recent third album which was released in 2002.

According to the documents filed in the case, the lost compensation includes royalties and record sales earned under his client's close guidance, as well as payment for additional managerial services and expertise over the years.

"It was Kevin Peck who cultivated, groomed and empowered these guys in Dru Hill, leading them by the hand out of the projects to the pinnacle of the R&B music business," contends Peck's attorney, Billy Murphy. "Kevin Peck built the foundations that enabled Dru Hill to attain multiple platinum albums, number-one singles, several music awards and millions of dollars in publishing royalties and sales including 'The Thong Song' released by Sisqo in late 1999."

According to Murphy, the management contract stipulates Peck be entitled to a portion of all income generated by the group — or individual members — as long as the band or any of its members had a recording contract. Murphy said Dru Hill currently has a recording contract with Def Jam. Dru Hill has previously tried to settle with Peck but according to Peck, "it was too little too late."