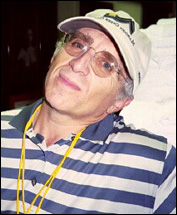 (CelebrityAccess News Service)– Courtney Proffitt, executive director, Association for Independent Music, has sent an open letter to Don Henley and The Eagles that was also signed by 54 independent music retailers and chains. The letter concerned the access of the Eagles new DVD/single "Hole in the World"(Eagles Records/Bayside–the first to be released on its own label) to only one retailer (Best Buy) for the first 30 days of release. Henley was singled out since he founded the Recording Artists Coalition, which advocates artists' rights. The letter reads:

"We in the independent music retail community just heard the bad news that you guys are giving your new DVD/single exclusively to Best Buy for the all important first 30 days of its release."

While we understand the lure of working exclusively with huge corporations and the marketing clout this mega-venture affords your band, this seems like a serious compromise in principles. How is it that you, Don, can rail against the consolidation of power in the radio industry, and amongst large record labels, and at the same time make a conscious decision to stop anyone except the biggest of the big guys from carrying your single/DVD at the time when all of your fans will want it? We respectfully ask, where has your integrity and sense of fairness gone?

Put yourselves in our shoes. We’ve catered to, and helped to build, your fan base for the last thirty years. What do we tell our customers when they ask us for the new Eagles DVD/single? “Sorry, the band says that you can only buy it from very large corporations and we don’t happen to be one of them.” And if you are successful with this mega-corporate venture, what does it mean for music as an art form? Will Wal-mart begin to throw their weight around and demand that only THEY be allowed to sell a super-star’s new singles, albums, and DVDs in the future? It appears you are creating that future with this action and the rest of us will suffer for it.

Please reconsider your actions. We implore you not to create a world where only the biggest corporations are allowed to participate in the creative marketplace.

You’ve seen yourself what has happened with radio. Why kill one of the last few remaining human voices in the music business: the voice of the independent music retailer. Please allow us to buy and sell the new Eagles DVD/single upon its release. It is the right thing to do." – By Bob Grossweiner and Jane Cohen