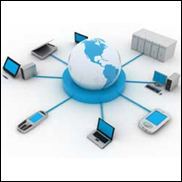 LONDON (Hypebot) – All this week Hypebot will be exploring the future of the album format . This guest post by Gang Of Four founding member Dave Allen first appeared on his Pamplemoose blog

It doesn't seem that long ago since Radiohead did what was once unimaginable – release an album without being signed to a major record company. On the long march to digital ubiquity as the means of music delivery Radiohead avoided the tar pit that seems to be major label thinking and came out clear winners. Yes, they resorted later to releasing the album as a good old CD into regular retail distribution but they were pioneers and were soon followed with great success by Nine Inch Nails and to lesser success by many others. Both these bands had an understanding of what their fans wanted [price level choice, quality and special packaging] and both bands understood the power of the internet for marketing purposes and direct reach. [NB: Although I believe that the digital music file will rule the day, vinyl still has a role to play and I'll get to that later.]

The most interesting part of this experiment [which at the time, I would argue it was] was not only that it was wildly successful but it laid the groundwork for what I have coined the end of the organizing principle. In other words I suggest that we are now seeing the end of the album-length work as the permanent work, the everlasting body of work that represents the pinnacle of an artists' creativity. I am fully expecting to hear the howls of derision over this but bear with me.

If you were honest how many albums do you own that demand to be listened to from beginning to end? AV Club recently came up with a list of 25, some of which I agree with and Rolling Stone, Spin and other mags regularly post their lists of the "all time greatest albums" whether its 100 or 50 or less. My band Gang Of Four's album Entertainment! is often featured on these lists but take it from me it has its flaws. The problem with lists and suggestions is that they are all subjective. Being engaged by music requires too much of a personal commitment on an emotional level for anyone to be able to provide an ultimate list. [Imagine if an art critic attempted to make a top ten list of the world's greatest paintings. Why does popular music suffer from this conceit?]

We live in an era of MP3 players, streaming internet radio, web apps – not to mention the iTunes music application and its ability to shuffle your entire digital music collection – now the cloud and almost-mobile ubiquity, the list goes on; in what part of digital music culture does an album-length piece of work now reside? I'll answer that question – I believe it has no place in a digital future.

The original organizing principle of music was of course hand written, composed. It then moved along to sheet music and with that came revenue from sales to the musical public and by so doing helped to move revenue income beyond just ticket sales to the opera or orchestra performances. This wasn't enough though. It was as if music was demanding to be organized and soon enough inventors jumped in to the fray and began organizing music recording and playback – at first on tin foil.

"From the earliest phonographs in 1877, courtesy of Mr. Thomas A. Edison, the cylinder was the preferred geometric form for a sound recording. The first records were made on strips of tinfoil, the predecessor of household aluminum foil, wrapped around a 4-inch diameter drum. The drum was hand-cranked at about 60 revolutions per minute (RPM) and the phonographic apparatus made sound impressions upon the foil. The expected lifetime of a foil recording was short because after a few playbacks the sound impressions were either worn down or the foil had ripped." [Source: Tinfoil.com]

And then along came the wax cylinder which turned out to be too fragile for popular use. Music lovers had to wait until 1930 which was when RCA Victor launched the first commercially available vinyl long-playing record, marketed as "Program Transcription" discs. These revolutionary discs were designed for playback at 33⅓ rpm and pressed on a 30 cm diameter flexible plastic disc. [Source: Wikipedia] Technically then, we can say that 1930 was the year that the organizing principle for the length of a popular music album was implemented, and with the advent of that organizing principle it is worth noting that musical artists had no control over the length of time their masterpiece would run; they were at the mercy of contemporary technology. Album length, roughly 35 minutes over two sides of vinyl, was simply a decision made by technologists who did not consult artists. [The gatefold sleeve containing double and triple albums became the norm later for rock bands with more to say – for better or worse.]

If musicians and bands were not part of this decision in the first place then why would they complain of what modern technology now brings – their craft has been unchained from early technological limitations and they now have endless amounts of time and bandwidth to spread their creative message far and wide; along with unfettered artistic control.

The Browser is The New iPod.

On March 24th I attended the Leadership Music Digital Summit in Nashville as a speaker. That morning I heard the keynote speech by Rio Caraeff, EVP eLABS at the Universal Music Group. The stand out phrase from him that resonated with me was "the browser is the new iPod."

He spoke of lamenting the loss of the experiential and tactile nature of recorded music; he missed the tactile experience of music delivered in its vinyl and cardboard form [his father was the famous album sleeve art director, Ed Caraeff.] The digital file, he argued, had stripped the experience from the music; listening to music was now a flat and unemotional activity compared with holding a well-designed sleeve filled with images, lyrics and artwork. Because of this flat experience he predicted that there would be no future for selling recorded music directly to music fans.

He mentioned one area of success for Universal; the advent of the video game. An all-encompassing experiential medium that included more than just the games – the games came with a community of like-minded people and music. They also generate millions of dollars especially through the subscription fees that are required for online gaming activity.

With his phrase 'The browser is the new iPod' Caraeff alludes to the ubiquitous access that we have to music. The browser is no longer limited to laptop or desktop computers – mobile devices have browsers too and in the case of the iPhone the music apps have been wildly successful. 4G promises to expand music delivery to mobile users even farther. Very soon there will be even less reason to 'own' music as it will be easily available at our fingertips everywhere. The cloud is the perfect place for storing your music collection. All of the above condemns the album to the trash can of history, it also suggest that online music subscription services may finally gain the upper hand.

So what are musicians to do?

First they must put nostalgia, tradition and the old business models and paradigms far behind them. They must, as Umair Haque argues with regard to any business – provide something of value. Haque also pushes the concept of 'ideals' – "because they are what ensure the value we are creating is authentic, deep, meaningful value — not just the shabby, threadbare illusion of value." [Ideals were sorely lacking when the labels sold CDs full of filler for $18.99.]

Humans are subconsciously moved by the emotion of music, it provides a link to their ancestry and to their tribes, it stirs not only positive but sometimes negative feelings linked to moments in time and is often steeped in nostalgia and memories. No other art form is 'consumed' as broadly and passionately as music on a daily basis around the world.

How music was delivered used to be in the hands of the few – bands, concert promoters, record companies and their retail distribution companies, radio, and video shows such as MTV. In tech-speak this system embraced 'push' – we the mighty and powerful will "provide you" [at a price determined by "us"] with access to our treasures when "we" feel like it. These days that system is rapidly breaking down as music fans now 'pull' what "they" want to listen to.

Control has moved from the few to the millions of many. Dull labels and dull bands offering dull, flat, non-experiential product – e.g. a CD, will go the way of the CD as it goes the way of the Dodo. Consider what Cirque Du Soleil provides as an experience compared to Barnum and Bailey's circus. Or Burning Man compared to your average music festival. Even the Las Vegas Beatles-themed show 'Across The Universe' wipes the floor with most rock concerts these days.

Music fans are no longer patiently waiting for their favorite bands to deliver new music according to the old customary cycle – album, press release, video, radio, tour. No, the fan base has to be regularly and consistently engaged. Some Ideas: