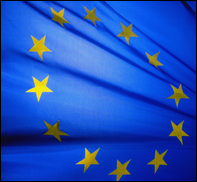 The servery was carried out by agents from the 27 European Union countries as well as Norway and Iceland and coordinated by consumer officials at the European Commission. Ticketing websites included sites that catered to both cultural events such as concerts and sporting events.

Other problems included unfair terms and conditions, a lack of refunds for events that were cancelled and failure to guarantee ticket delivery.

The UK had the greatest number of sites subjected to scrutiny with 73 ticketing websites examined. Of this total, 22 were marked for further scrutiny by regulators, the Financial Times reported.

For websites found to be operating out of compliance, national regulators request changes and threaten enforcement action if necessary. Similar efforts with airline industry ticketing websites have had significant success in the past.

According to the Financial Times, the Commission said they conducted the sweep because of the growing popularity of online ticket purchases and the increasing number of complaints from consumers. The European Consumer Center noted that 30% of all complaints related to online purchases involve 'recreation and cultural services.' – CelebrityAccess Staff Writers