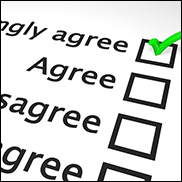 NEW YORK (Hypebot) – TuneCore offers its take on Billboard's anonymous survey of top ranking music executives and how much their love of Taylor Swift, hatred of rap, and feelings about how fair the industry is to musicians should matter to up-and-coming DIY artists.


Last week, Billboard released it’s inaugural (anonymous) A-List Music Executive Survey – wherein “Billboard polled the top executives in music on a broad range of temperature-taking topics” – and if you’re into reading headlines, the big take aways were that today’s high-level industry players love Taylor Swift, hate rap and EDM, and have generally mixed feelings about how artists are treated and whether or not they like their current jobs.


TuneCore is part of the greater music industry, and we’re incredibly proud of some of the amazing careers that our artists have gone on to experience. But as a member of a community of independent artists, do the revealing results of this survey really matter? How much of this survey intends to touch on hot-button issues like Taylor Swift’s battles with streaming companies and the pressure placed on a high-profile new service like TIDAL, and how much of it aims to highlight how truly out-of-touch some of the most powerful music industry folks really are? Let’s digest and dissect a bit.


The current princess of pop music, Taylor Swift, is represented in 30% of this survey’s results – and in some ways, rightfully so. She was picked as the #1 artist any music exec surveyed would sign right now, 70% of the respondents are “rooting for her”, and she tied with Scooter Braun for #2 when asked who should be running a music company but isn’t. Regardless of your opinions around the “Bad Blood” video, it’s hard to argue with Taylor’s talent and industry prowess these days. But should this matter to you as an independent music maker?


It’s safe to say that ultimately, it shouldn’t. We’re here to help you hit your musical career goals, whether it’s getting your first single on iTunes, collecting royalties, or connecting with fans on your first tour. Until you’ve got major labels knocking down your door, it’s important to manage your expectations and commit a lot of hard work towards completing those goals. Taylor has had a LOT of development and marketing put behind her career (read: money), and if you asked these folks these same questions in 2005, where would she rank? T. Swift is going to have fans, (and a few haters), for the rest of her career, and she’s certainly a great source of inspiration. But the sooner you come to terms with difference between Taylor’s and most independent artists’ career trajectories, the quicker you can focus on current realistic goals in your musical journey. After all, she had to do the same thing at some point early on, too.


When asked what genre of music they despise most – #1 was rap, #2 was EDM, and #3 was pop (do they know Taylor Swift makes pop music?). To us, these results are laughable. Hip hop ranks highest for TuneCore, too – it’s our #1 most distributed genre among artists! This question’s results can easily be conceived as discouraging to many independent hip hop artists looking to reach commercial success. But it doesn’t have to!


2015 is a great time for independent hip hop. From Jay Rock to Azelia Banks to Donny Trumpet & the Social Experiment, TuneCore has had the pleasure of seeing current and former artists take off to new heights year in, year out. Nobody said making it in music, let alone hip hop, was going to be easy; and nobody said you have to make music that sounds like every Top 40 hit in order to garner success and a fan base. In fact, these days it’s becoming clearer and clearer that even with accelerated success and a wide reach, major labels aren’t for everyone.


If you’re making hip hop, EDM or pop music and the answers to that question make your stomach queazy, use them as inspiration. Are these ladies and gentlemen even your target demographic? If you’re performing in a small club to a crowd that’s feeling it, whether you’re MCing or DJing EDM, the folks who answered these questions aren’t going to be upfront moving along to the music even if they WERE at the show – they’ll be in the back answering emails on their phones. Remember that there are enough dedicated fans out there, constantly thirsty for new music — and even better, the tools to reach them are at your hands.


When asked, “Is the music industry fair to artists?”, only 42% of the respondents answered ‘Yes’. If you’re reading this and distribute or collect your royalties through TuneCore, we don’t really have to ask you your opinion on the question. You’ve already chosen to keep 100% of your sales revenue – and it doesn’t get much fairer than that! But it is somewhat encouraging to see that 58% of these players, many with some pretty serious leverage and influence in the business, feel as though the industry they work in is ultimately failing the people who are keeping their lights on. With the music industry becoming (due mostly to high demand) more transparent, does this lead you to believe that the future of artist rights are being more strongly considered than in years past? Of course, we know it’s easy to remain anonymous and admit faults rather than come out and speak up from behind the curtain.


Another interesting element of this survey was how it touched on streaming and technology in general. When asked if they had the technological aptitude of an average 14-year old, only 62% of respondents felt confident enough to answer ‘Yes’. So does that mean the man or woman who decided to turn down your demo submission is currently accidentally Face-Timing someone while attempting tweet on Facebook? Maybe. Ultimately these folks got to where they are based on legitimate business decisions involving music over the years, so it may be that they’re far more confident in their instincts when it comes to hearing the next hit song. Or maybe some of that 62% is just vaguely familiar with SnapChat and Tumblr because they have a 14-year old kid.


Finally, 71% of the respondents to this survey have completely dismissed the notion of a successful TIDAL streaming service. You know TIDAL, right? Well, it appears the high-profile nature of its launch, (which received equally high-profile criticism from artists and journalists alike), and its inability to topple Spotify in subscriber numbers two months later have industry leaders not-quite-sold. In fact, only 12% of them attested that TIDAL will last more than two years!


While this may begin to worry some of you about how out of touch music executives are with the future of streaming and what it means for the industry, hold the phone! 54% of survey takers admitted that they’d take a similar paying position at Spotify or Apple if it were offered to them. So, uh, that’s saying something, right? It doesn’t suggest that everyone’s ready to leave the theoretical sinking ship that many industry journalists have made the majors out to be, but it certainly proves that that more than half (and we’re willing to bet that after enough high profile leaks, at least SOME portion of that 42% was holding back) of these successful industry men and women have placed their bets, at least mentally, on the future of music streaming.


What do you mean, what now?! Keep making music. Keep marketing yourself, connecting with fans, and take any opportunity to play live. Use any defeating statistics as motivation, and remember that it’s not going to happen all at once overnight, so enjoy the ride. Distractions like this one come along everyday – they’ve never stopped you from trying to complete your goals before, right?