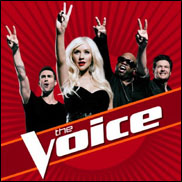 LOS ANGELES (Hypebot) – "American Idol" has long been noted for its restrictive contracts controlling the careers of winners. The details have shifted over the years and "American Idol" is not unique in that respect. Now current contracts for "The Voice" have been revealed which are less about profiting from future recording artists and more about turning contestants into pawns in a game of make believe.

Simon Fuller was the man behind the "American Idol" contracts from over a decade ago that went for full ownership of contestants' careers:

"According to the version of the contract one entertainment lawyer posted to the Internet, Fuller and his company own the names, likenesses, voices and personal histories of the 'Idol' finalists, 'in or in connection with' the show, forever. 19 Group can use that material however it wants, even if it’s false, embarrassing or damaging."

That's right, they even set out to own the lies told about their contracted artists. A new chapter in bad contracts is now being written by suits at NBC's The Voice, a so-called reality tv singing contest, whose contract has been described as "dehumanizing."

Terms of the contract for "The Voice" contestants were leaked to the NY Daily News and included options for the show to:

"Change the rules at any time."

"Eliminate contestants at any time, even if they are 'winning' with the public."

"Ignore the show’s voting system, which includes sales figures for contestants’ songs on iTunes, in the event of problems."

"Force contestants to undergo medical or psychological testing and, under certain circumstances, release the results on TV."

But that's not all! Performers also have to agree to be presented in ways that "may be disparaging, defamatory, embarrassing (and) may expose me to public ridicule, humiliation or condemnation."

And they can be kicked off the show for any reason at any time.