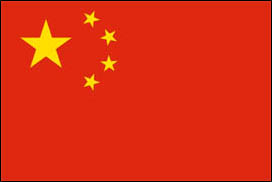 BEIJING (CelebrityAccess MediaWire) — The recent cancellation 9th installment of China's largest rock fest, the Midi Music Festival should have come as no surprise.

According to a posting on the festival's website, the 9th installment of the event, which drew more than 60,000 people last year, was canceled in the wake of a recent train derailment tragedy and the outbreak of EV71 but other sources, including the Cultural Ministry have expressed security concerns for the upcoming Olympic games.

Other factors, such as Bjork's performance at a recent Shanghai show, where at the end, she chanted "Tibet, Tibet," in reference to the apparently bloody crackdown by the Chinese government on dissidents there. These crackdowns have also led to numerous incidents with protesters attempting to disrupt the Olympic torch running in different nations around the world. None of these factors have been lost on the Chinese.

"The overall interests of the Olympic games must be safeguarded by everyone, so if the relevant authorities demand it, we are most likely to put the overall situation first." festival organizer Zhang Fan told the Guardian.

Many outside commentators have opined about the beneficial aspects of bringing an international public event with the stature of the Olympics to China, stating that such an event and the attention of the world would serve to soften China's stance on internal dissent but the opposite seems to be taking place and surprisingly, its ostensibly from the average Chinese as much as from an official source. Many Chinese have been openly critical of what is percieved as foreign interference with the Olympics and there have been supposedly spontaneous protests in Beijing, Xi'an, Jinan, Qingdao Hefei and other cities where demonstrators chanted "Oppose Tibet independence," "Go, Go Beijing Olympics," and "CNN: The world's leader of liars."

Just how much of this protest is tacitly encouraged by the Chinese government and how much the situation will relax after the games is uncertain but at least for now, it would appear that China may be off of the map for most western touring artists. – CelebrityAccess Staff Writers